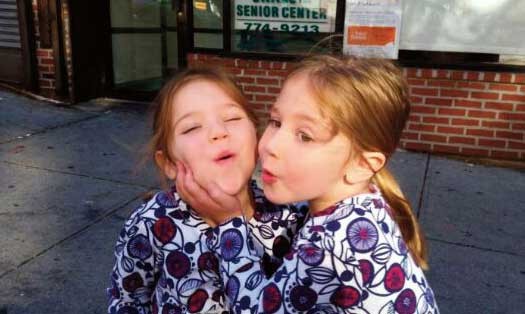 After spending more than a week on the run, the Kutsy family has been located, and after negotiating with authorities they have turned themselves and their children in. The kids were taken to a hospital for evaluation and are reported to be in good health B”H. 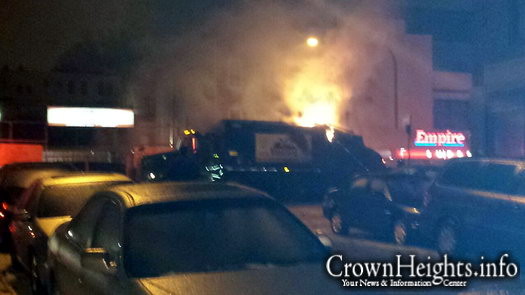 A garbage truck from Yankels Rubbish went up in flames late Monday night while collecting commercial trash on Empire Boulevard. Police shut down the thoroughfare while the FDNY doused the blaze. 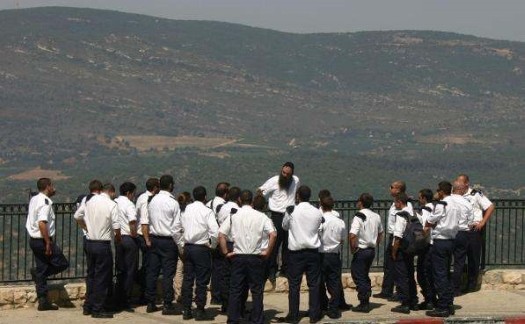 Ranked top in the world, Israel’s Defense Forces has to its credit some of the most sophisticated technology, military minds and training programs in the world. But in 2006, as the second Lebanon war with Hezbollah came to a bitter end, an internal investigation revealed a lackluster performance by the IDF. 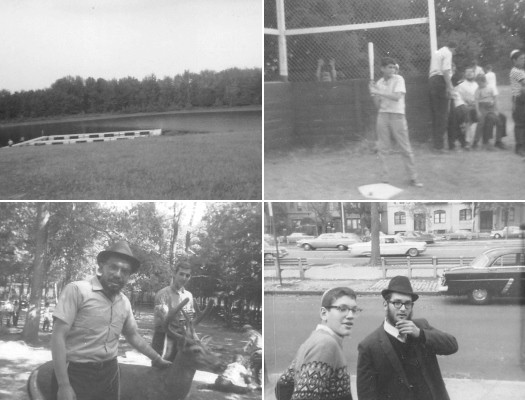 From the archives of Zevi Iseroff, we present a collection of vintage photographs of Camp Gan Yisroel in upstate New York, summers of 1964 and 1966. Can you identify anyone in the photos? 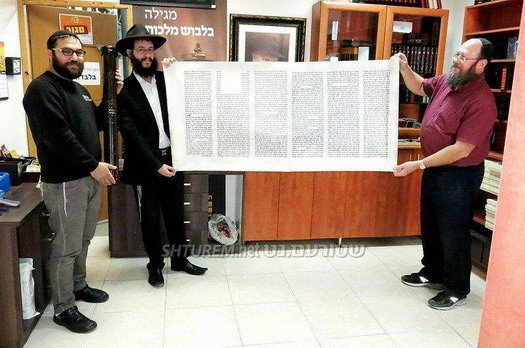 The world’s largest Megilah, written by Lubavitcher Sofer Rabbi Menachem Mendel Kenig of Rechovot, Israel, has recently been completed and will be put up for sale. 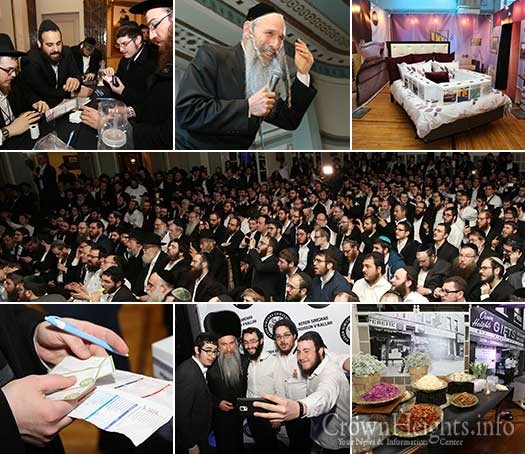 Over 1,000 Men turned out for Keren Simchas Chosson V’Kallah’s annual auction event, which benefits the vital work they do in helping marry off Chassanim and Kallahs in Crown Heights. The guests were treated to a lavish buffet and an amazing concert with ‘the king of Jewish music’ – Mordechai Ben David. 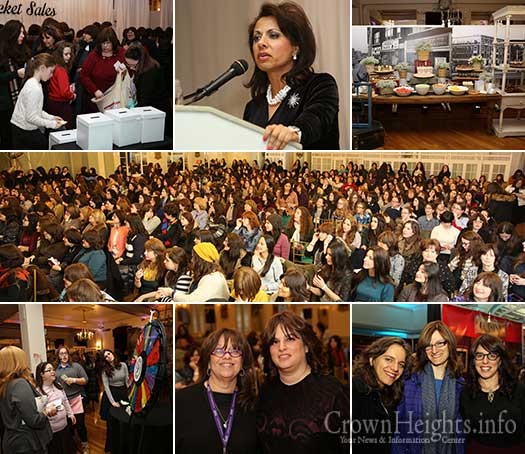 Packed wall to wall, women and girls turned out to hear the enthralling story of Brigitte Gabriel, who spoke at Keren Simchas Chosson V’Kallah’s annual auction event, which benefits the vital work they do in helping marry off Chassanim and Kallahs. 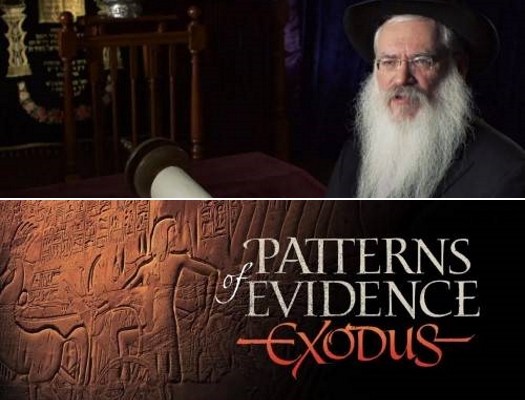 A new documentary that screened on January 19th in more than 600 cinemas across America grapples with controversial questions about the search for archaeological evidence for the exodus of the Jews from ancient Egypt as recorded in the Torah.

A winter weather advisory is in effect for the New York City area until Tuesday morning. After a morning bout of freezing rain, snow and sleet, the National Weather Service expects more snow to develop in the afternoon and continue through Monday evening. 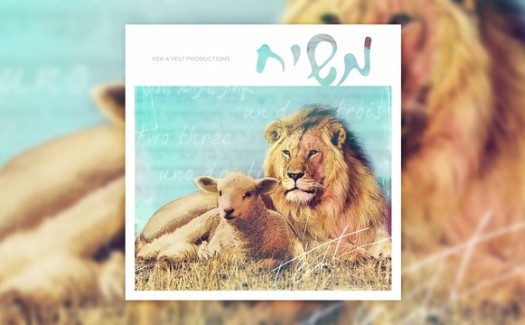 Ker A Velt Productions, created by Aizik Chanin, has produced a new song about Moshiach, titled ‘One Two Three.’ With an upbeat tempo and modern ‘dub’ sound, the song’s producer aims to create kosher Jewish entertainment that appeals to today’s youth. 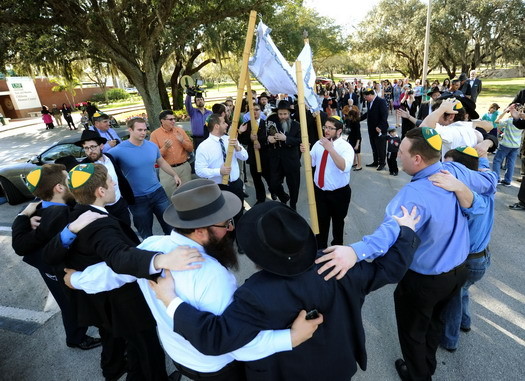 It took a year — and more than 600,000 letters, each written specifically in black ink — for Rabbi Yochanan Kline, a scribe from near Miami, to complete work on a Torah scroll dedicated to the University of South Florida on Sunday. 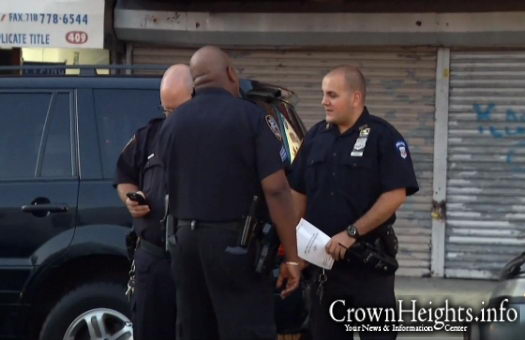 As of Sunday night, A full week has gone by without a single killing in New York City, a rare milestone. 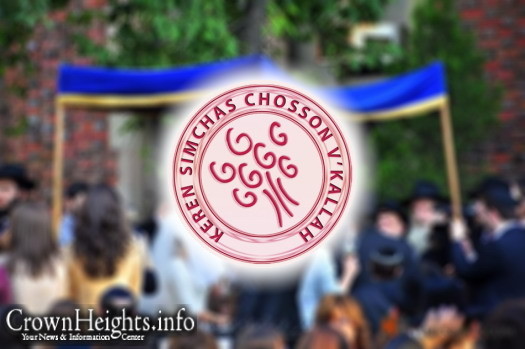 A record number of people turned out Motzai Shabbos and Sunday for Keren Simchas Choson V’Kallah’s annual auction benefit, buying tickets – and supporting the organization – in hopes of winning valuable prizes. At the conclusion of the women’s event Sunday evening the raffle was drawn and the winners were announced. List in the Extended Article. 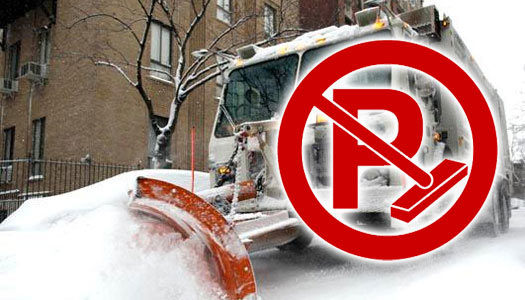 Alternate Side Parking regulations will be suspended Monday, February 9, to facilitate snow removal. Payment at parking meters will remain in effect throughout the city.