Is it an election gimmick? Or a farce? A new website was just brought to our attention which is featuring Rabbi Shea Hecht’s signature red Yarmulka offered up for sale. The site, VoteForShea.com, writes that it will be selling 999 limited edition yarmulkas on a first come first serve basis. 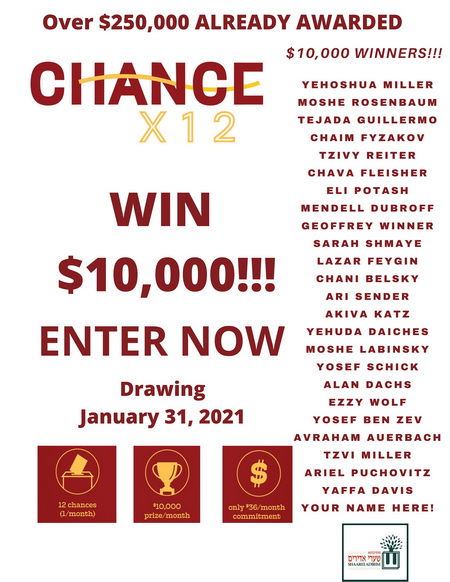 Once the list of candidates was finalized, residents of the community were given the opportunity to challenge any of the candidates based on a set of criteria’s. Among them, a candidate must be religious and keep torah and mitzvos.

Two challenges were posed against candidates Chanina Sperlin and Eli Poltorak, on the Halachic grounds. Which more specifically cite that they both participated and perpetrated a Messira on Jews which directly resulted in their arrest and prosecution. 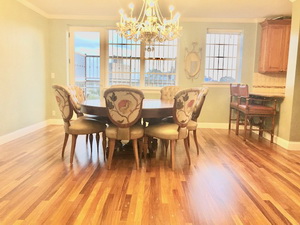 Torah in Ten: CrownHeights.info and Kol Menachem are pleased to present our second online class in the “Torah in Ten” series, presented by our editor-in-chief, Rabbi Chaim Miller. To get this class weekly to your Inbox visit: www.torahinten.com

There was a time that I figured everyone to be mortal except for Helen Thomas. However, the 89 year old “Queen of the Press,” has proven her mortality through a royal indiscretion that will discredit her legacy.

Millions have now seen the footage of Thomas suggesting that Jews, “Get the hell out of Palestine,” and “Go back to Germany and Poland.” What’s more, Thomas’ awful remarks were made at a White House reception celebrating American-Jewish heritage.

This week’s readers of the Jewish Press will be treated to a pleasant surprise. In honor of Gimmel Tamuz a 42 page booklet entitled “The Rebbe, An Appreciation” along with an amazing introduction by the Jewish Press and its staff.

Pictures from the Bris of Avraham Dovber, newborn so of Mordechai and Chana (nee Langman) Lightstone of Crown Heights. Photos by Mushka Lightstone.

Last week the plans for the new womens Mikvah on Lefferts and Troy were approved and this Sunday there will be a groundbreaking. The entire community is invited to watch, say Mazal Tov and have a Lechaim!

Over the past few months Arele’s Bagels, formerly Crown Hot Bagels, has reshaped its store and menu. Yesterday it added another touch, changing its 23 year old sign and joining in the many Kingston Avenue stores who have invested in beautiful facades.

Rabbi Mordechai Eliyahu, who at the age of 28, became the youngest member ever to serve as a judge in the Israeli rabbinical courts, and later served for a decade as Israel’s Sephardic Chief Rabbi, succumbed Monday afternoon to a prolonged illness. He was 81.

Born in 1929 in Jerusalem’s Old City, Eliyahu was orphaned from his father at the age of 11. He spent his childhood in poverty, and devoted his energies to studying Jewish texts night and day under the tutelage of the city’s leading scholars and Kabbalists. He became proficient in rabbinic law under legal authority and future Israeli Chief Rabbi Yitzchak Nissam.

Have you ever walked in to a restaurant to have a quiet peacefull meal and there is an annoying kid next to you? Watch what happens.

Have you ever walked in to a restaurant to have a quiet peacefull meal and there is an annoying kid next to you? Watch what happens.

The campaign to save 1,000 interviews for the My Encounter with the Rebbe oral history project is in full swing, with people around the world donating and promoting the project.

To date, 366 people of diverse backgrounds have been interviewed about their encounters with the Rebbe. But there’s still so much more to learn!

Rhonda Greenberg, a prominent psychologist from Pennsylvania describes her experience at the National Jewish Retreat.

Yuri Foreman suffered a torn meniscus and stretched a ligament in his right knee when he fell awkwardly in the seventh round of his championship fight with Miguel Cotto Saturday night at Yankee Stadium. He will have surgery soon to repair the injuries, but once he’s healed he’d like a rematch.

This past Tuesday night, four hundred members of Chabad Israel Center of the Upper East Side’s community, joined ten IDF soldiers on a grand two hour cruise along the Hudson river. The cruise was an opportunity for the community to meet and thank ten hero’s of Am Yisrael in a fun, relaxing and enjoyable setting while enjoying music, great food, open bar, and a variety of entertainment booths.

David Habibi of Chabad Academy spelled both of his words correctly in the second and third rounds of the Scripps National Spelling Bee, but the fifth-grader failed to make it to the semifinals of the contest in Washington, D.C.