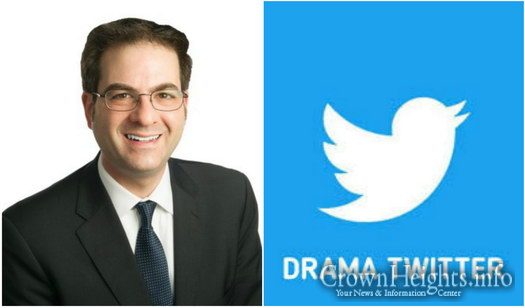 A fierce Twitter battle is in full swing now following a tweet from NYC Councilman Kalman Yeger, who was responding to a tweet by Congresswoman Ilhan Omar. 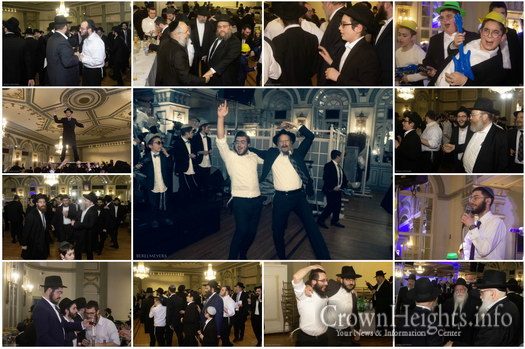 The wedding of Sruly Shemtov of Crown Heights and Chavie Kahanov of Jacksonville, FL happened Tuesday night at the Oholei Torah Ballroom. 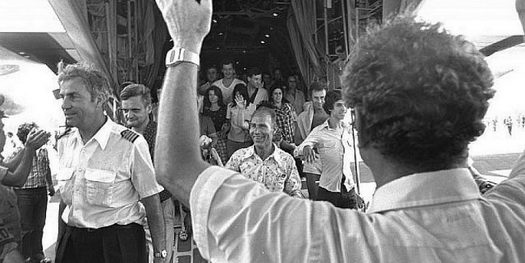 A French pilot hailed for bravery during the hijacking drama targeting Jews on an Air France flight in 1976 has died aged 95, his son told AFP on Wednesday. 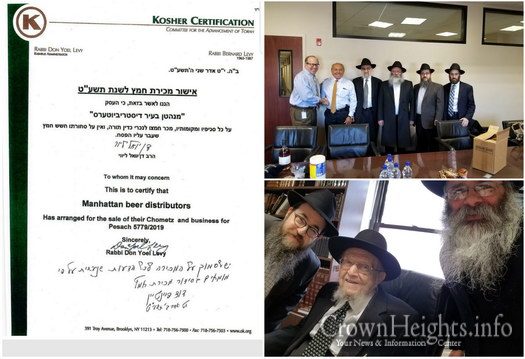 Following the successful sale of the chametz of Manhattan Beer Distributors last year, Rabbi Kalman Weinfeld made arrangements again for this year. The sale was a resounding success, with Poskim and Rabbonim backing the sale as being according to all Halachic opinions. 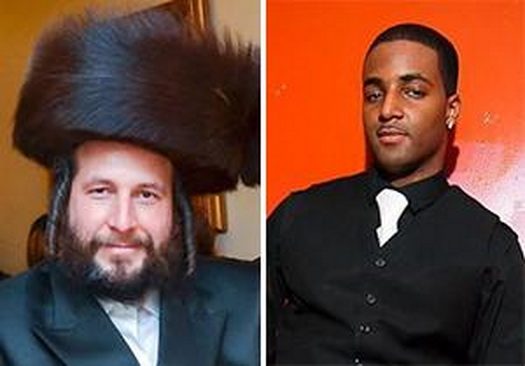 One of the men who was involved in the killing of Landowner Menachem Stark was sentenced to only 2 and 1/12 to 7 years in prison for his crime. The reasons given were his relative youth, his secondary place in the crime, and no other crimes on record. 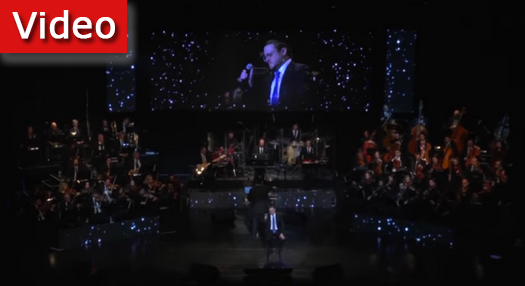 Watch a live performance of “Akiva Nichamtanu” by Baruch Levine performed at the “Many Voices, one Song” Gindi Maimonides Academy concert on Feb 18th 2019, in Los Angeles California.

This past shabbos, Rafi Eitan passed away at age 92. Rafi was a legendary Mossad Spy who led the capture of Adolf Eichmann, was adviser to Prime Minister Menachem Begin, and served as a member on the Israeli Knesset. He visited New York and had an audience with the Rebbe in 1977. 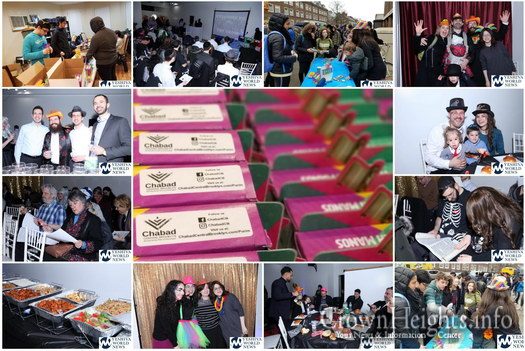 Despite the rain pouring over Brooklyn all day Thursday, Chabad Central Brooklyn still managed to complete its annual deliveries of Mishloach Monos to many Jewish families who probably would otherwise not have celebrated Purim.

In light of a number of recent incidents where motorists were pulled over and detained after it was discovered their license was suspended, Crown Heights Shomrim has issued a notification for drivers to check the status of their licenses. 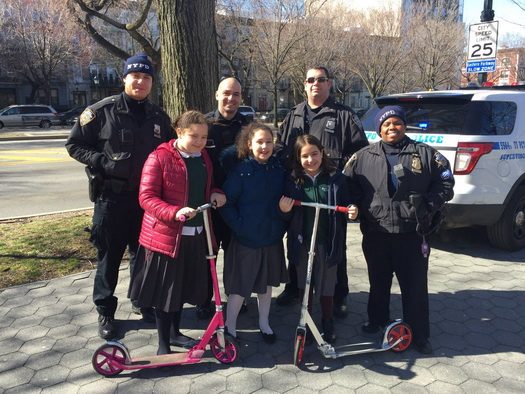 Two scooters that were stolen had a reunion with their owners thanks to the diligent work of the NYPD 77th Precinct, which covers the Crown Heights area North of Eastern Parkway. 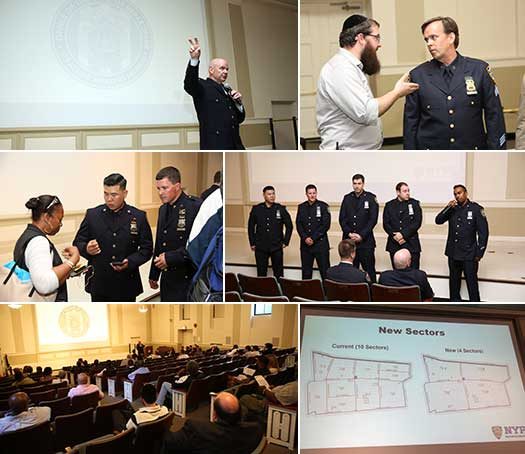 The NYPD’s 71st Precinct will be hosting a Build the Block meeting for community members of the area designated as area “Boy” Thursday evening in Crown Heights. The area is from Empire Blvd to Eastern Parkway, and from Nostrand Ave to Utica Ave. 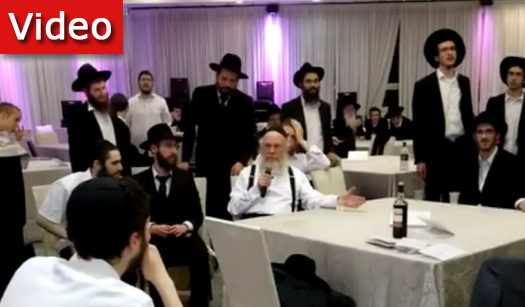 Watch these touching clips of Rabbi Yonah Yakobovitz, a Rosh Yeshiva of Tomchei Temimim in Kiryat Gat, lead a seder Negunim at the wedding of his niece with one of his students. 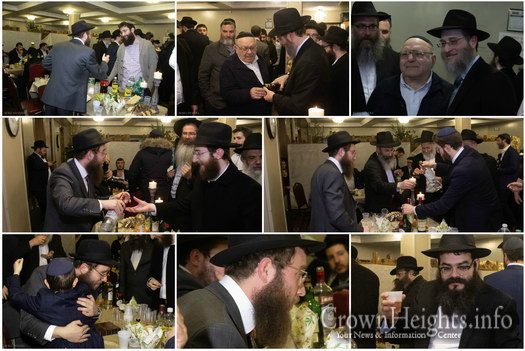 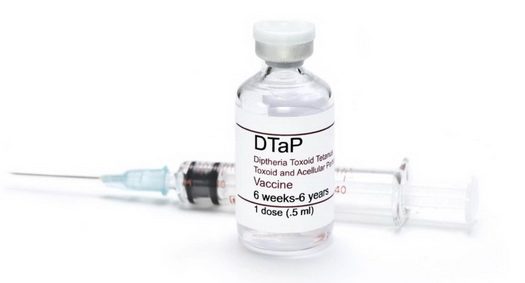 With the Measles epidemic showing no sign of dissipating, County Executive Ed Day will sign a health state of emergency directive, effectively barring any unvaccinated children from going out in public. 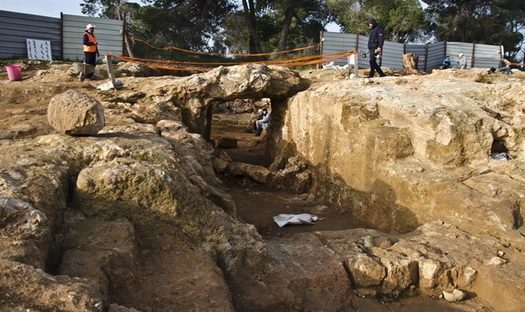 Impressive remains of a Jewish village from the Hasmonean period, approximately 2000 years ago, are currently being uncovered in a salvage excavation conducted by the Israel Antiquities Authority in the Sharafat neighborhood of Jerusalem, where an elementary school will be built. 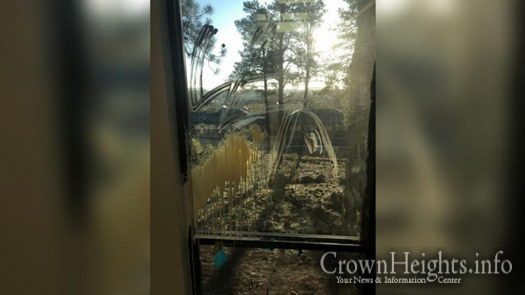 Police in the city of Flagstaff, Arizona, are investigating what they say appear to be hate symbols at the Chabad of Flagstaff. The damage is believed to have occurred sometime between Friday and Monday when a construction crew working at the site was off-duty.