In honor of Shavuos we present a letter in which the Rebbe explains the importance of performing milah [circumcision] the Jewish way and its connection with the geyrus [conversion] process of the Jewish people – which began in Egypt on Pesach  and concluded at Mount Sinai on Shavuos. The Rebbe’s emphasis on performing milah in accordance with all the details, including metzitza (which some misguided individuals object to) – is so relevant and speaks to us today as well. The letter, written originally in English, is from the archives of the Rebbe’s trusted secretary Rabbi Nissan Mindel. 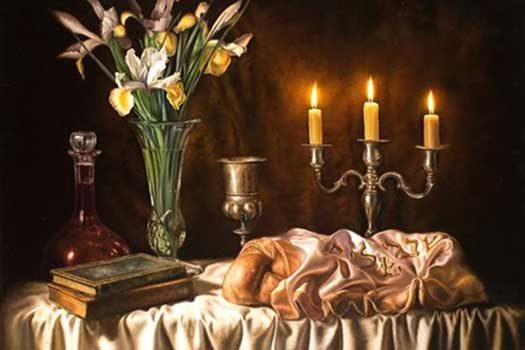 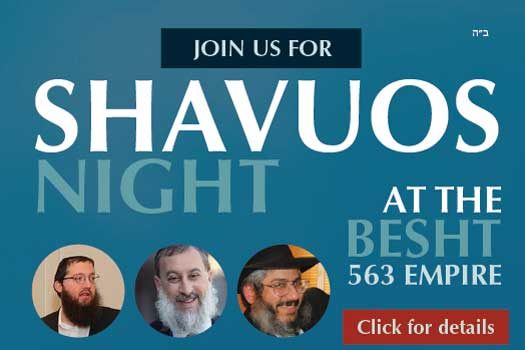 On the first night of Shavuos at the Besht, three renowned lecturers will lead discussions in Torah: 12:00am – Rabbi Mendy Hershkop: The lineage of Dovid and Moshiach; 1:00am – Rabbi Daniel Schonbuch, LMFT: Torah and Psychology ; 2:00am – Rabbi Aryeh Israeli: Matan Torah. 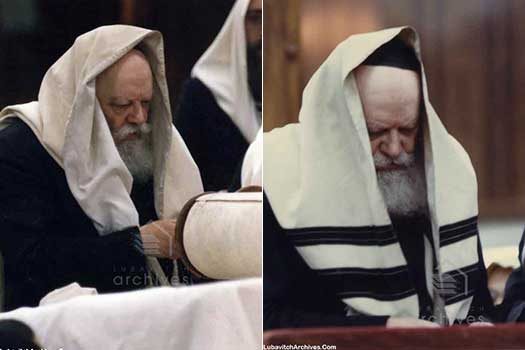 Courtesy of Lubavitch Archives, we present a photo of The Rebbe receiving and Aliya to the Torah.

Alternate side parking (street cleaning) regulations are suspended on Monday, May 21, 2018 for Shavuot. All other regulations, including parking meters, remain in effect. 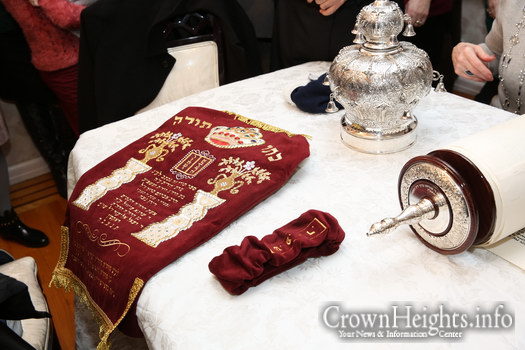 On Sunday, the first day of Shavuos, there will be various minyonim for Krias Hatorah and Aseres Hadibros around Crown Heights, which were arranged for women and children who cannot make it to Shul during Shachris. 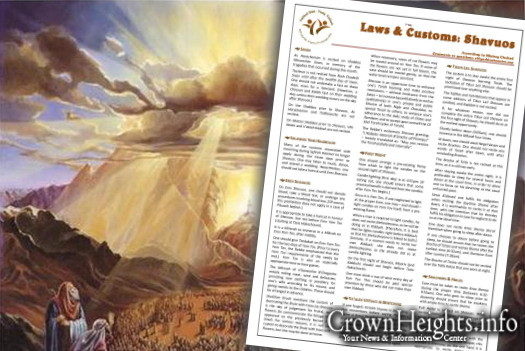 Rabbi Shmuel Lesches, Magid Shiur in the Yeshiva Gedola of Melbourne, Australia, has compiled a guide to the laws of the month of Sivan and the Yomtov of Shavuos for the benefit of the wider Lubavitch community. 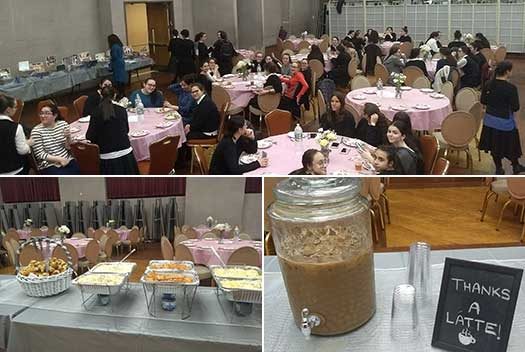 Hundreds of girls gathered in a beautifully decorated hall this past Tuesday – Rosh Chodesh Sivan. These young ladies were the Bais Rivkah volunteers of HOO, who help 110 families in Crown Heights.