On the first of Kislev this year, Chassidim around the world will celebrate the 40th anniversary of Rosh Chodesh Kislev 5738 — the day that marked a major milestone in the Rebbe’s recovery after a heart attack some five weeks earlier on Shmini Atzeres.

In honor of this special Yovel-anniversary, a special Seudas Hoda’ah and Farbrengen in honor of the 40th Rosh Chodesh Kislev will take place at the Ohel, in addition to the traditional Farbrengen in 770 following the Banquet of the Kinus Hashluchim Haolami.

The Farbrengen will be led by Rabbi Meir Harlig, longtime organizer of the annual Rosh Chodesh Kislev celebrations, since the first year – 5739. There will be addresses by Rabbi Yossi Groner, of Charlotte, North Carolina, and Rabbi Tzvi Grunblatt, of Buenos Aires, Argentina.

May we merit to celebrate Rosh Chodesh Kislev this year seeing the Rebbe with our physical eyes and hearing from him Torah Chadasha. 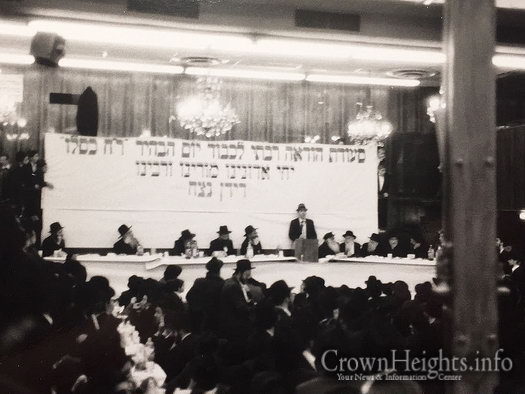 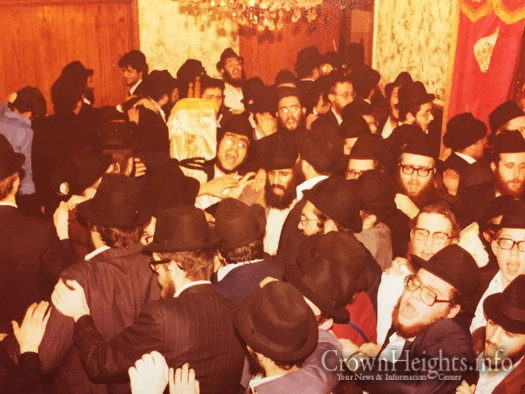 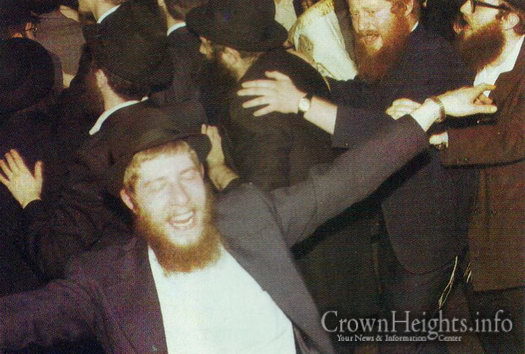 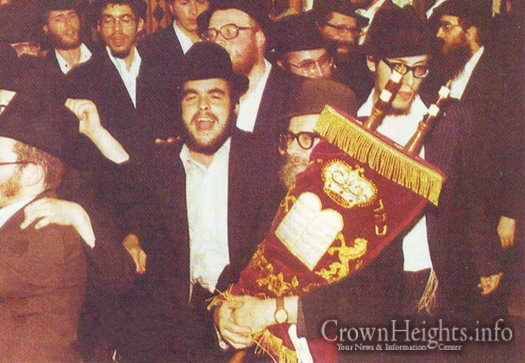 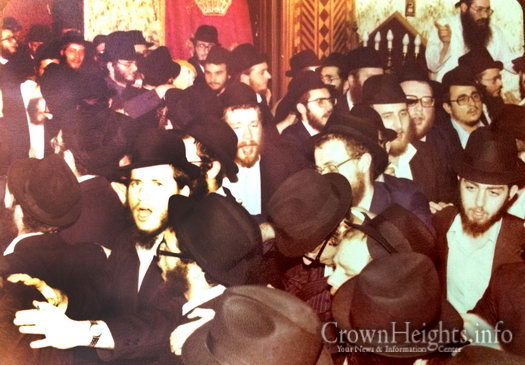 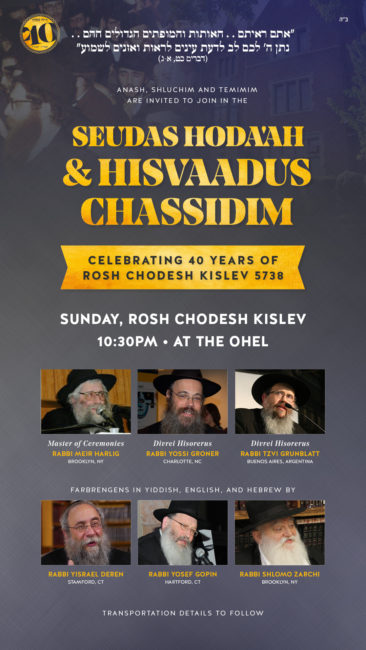 Today is a sad day for Lubavitch, a very sad one.

In less then two weeks, thousands of Shluchim will gather in Crown Heights for the Kinus Hashluchim.

The Kinus has many highlights, but one stands out.

After partaking in the grand banquet Sunday night, the Shluchim make their way over to 770, where they Farbreng through the wee hours of the morning.

Some years, the excitement is doubled. When the Kinus Hashluchim coincides with Rosh Chodesh Kislev, Reb Meir Harlig prepares his annual Farbrengen. The Farbrengen is unique, as it’s the one time a year when everyone unites in 770.

Rosh Chodesh Kislev was the one time a year, which reminded us of the good old days. Remembering how we would dance after the Rebbe’s Farbrengen during the Kinus. Remembering when the Rebbe distributed a special Kuntres exclusively for Shluchim, we were united.

But my friends, unfortunately, that is all history. How devistated was I to hear, that the Rosh Chodesh Kislev Farbrengen would this year be divided.

Despite many people trying to work things out, some felt it as their Shlichus to divide us. Unfortunately, arrangements were made to use the Rebbe’s Ohel as a place of division for us Shluchim. And I’m afraid, that now, it’s a bit too late.

Tayere Chasidim! All I can say is, when we travel to the Rebbe this Kinus, let’s just ask for one thing. Rebbe, have Rachmonos on your Chassidim, enough is enough! Why should we be divided because of a few extremists?! We want to sit and Farbreng in your Shul, as we have done for the last 40 years! And most of all, please do not let the Ohel, turn into a place of Machlokes.

Is this a peula of Rebbe Drive?