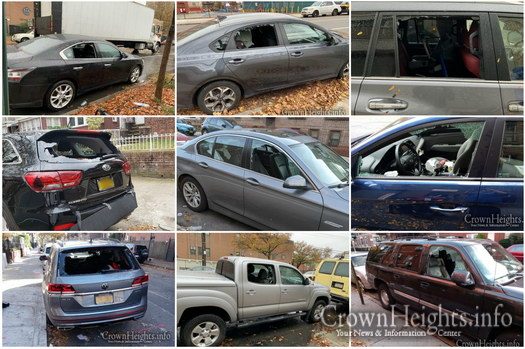 It’s a woke way of looking at crime. If you don’t acknowledge it, it never happened.

That appears to be the new track for fighting crime in New York City as both major and petty crimes skyrocket back to the ’70s, but city officials appear to be ignoring them.

In Crown Heights, a vandal and thief has been on the prowl nightly, smashing windows to gain access to parked cars and rummaging through them. No less than twelve car owners were forced to deal with the headache of a shattered window and turned over car this month so far, and have found no help from the NYPD’s 71st Precinct. Instead, they have face an attitude of “what do you want us to do about it” from the officers.

One frustrated car owner told CrownHeights.info that his attempts to communicate with the 71st Precinct have been mostly returned with silence. “I have emailed 6 officers at the 71st precinct, all with different ranks, in regards to the ongoing incidents,” he told CrownHeights.info. “It is now 48 hours after the emails were sent, not a single one responded.”

While much of the frustration from the community is turned to the local precinct, the officers themselves blame Brooklyn’s District Attorneys for failing to prosecute those they do arrest.

It’s like a revolving door, the officers point out, as they arrest an individual only to have them released back onto the streets hours later. Blame for the policy varies from a DA that is hesitant to prosecute low-level crimes to pointing a finger at bail reform.

Either way, with another car targeted on Carroll Street Monday night, not a  single flyer or request for information have been sent out by law enforcement in the hopes of tracking down the perpetrator.

If you have had a theft or break-in, please send any pictures and footage to news@CrownHeights.info, or to our WhatsApp at 718-285-8000.