« New Music Video, “We The Children,” by Tzivos Hashem
Connection Point Culminates with Farbrengen of the Rebbe » 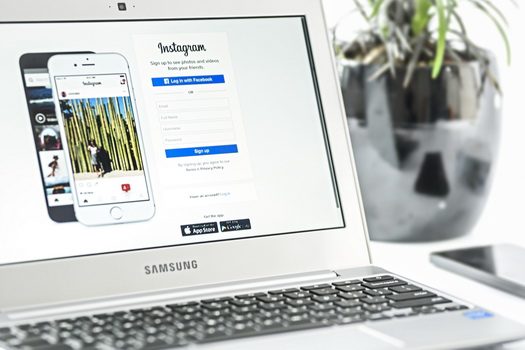 Before Gimmel Tammuz, after any major discussion would come up in the Jewish world and especially in Crown Heights, the Rebbe would discuss the issue publicly with the Chassdim.

Although 24 long years after Gimmel Tammuz we find our selves in a very difficult time, but the fact still remains, that even today one can find the Rebbe’s clear approach on things through looking at the Rebbe’s Sichos and letters, this topic is no different.

(Note: I’m not writing this about “Mic Drop” itself, but rather the idea of women speaking in front of men.)

I wanna start off with looking at the Psak Din of the Crown Heights Bes Din regarding the Mic Drop event.

After the letter goes through the possible Halachic problems connected to the event, the next line starts: “Moreover, the spirit of the event is alien for Frum Jews, and how much more so for Lubavitcher Chassdim”…

And this is the part I will try to address.

Starting from the days of the Frierdiker Rebbe’s leadership in America, a new shift took place in the world of Lubavitch, and in the world of any Chasidic group in general, which was the idea of bringing Judaism outwards, modern day out reach. (Although it existed somewhat before this, never was it focused on as much as it was in these years.)

One of the interesting things the Friediker Rebbe started was a focus specifically on the power of women, addressing letters to them and even printing his Mamorim in easy Yiddish, so that woman too can understand and learn them, he also instituted the first Lubavitcher girls school.

Now it goes without saying that this is an approach that continued clearly throughout our Rebbe’s Niseius. from Neshi Chabad, to Mivtza Neshek the list can go on and on, but something we can see clearly is that there was a whole new emphasis and focus on the power of Women.

Already from the Rebbe’s earliest Farbrengens, time after time, the Rebbe would speak about our generations special shlichus, and going out in to the world to bring other yidden closer to Yidishkeit.

Like the men, the Rebbe would also encourage the woman to go out and spread Yidishkeit, specifically with the mivtzos connected to woman. It was clear that they too were given the Rebbe’s shlichus to go out and change the world.

While the Rebbe instructed and encouraged woman to be active in spreading Yidishkeit in to the world, the Rebbe gave clear guidelines for how these things must be done. Guidelines for both men and women.

Never once did the Rebbe intend on the Mivtzom or Lubavitch outreach activities in general to compromise on our standards as Lubavitcher Chassdim, and as Frum Jews. In fact the Rebbe made this clear on countless occasions.

Unfortunately, over time people seem to forget this, and this may be the root of the problem. Although, as the Rebbe put it in a Sicha:

“In the last generation, aside from the personal job that Jewish women and girls have inside there home, they were also given the job outside there home (in spreading Judisam), but this must be done also In a way of “כבודה בת מלך פנימה” – Women and Girls, reaching out to other Women and Girls…”

(For further reading of this Sicha, see Shabbos Parshas Noach 5751)

People make the mistake that Lubavitch has a more “Open/Modern” approach to things, which is simply not true, and not consistent with the Rebbe’s teachings.

As for the case of Shluchos, there are those who try to bring proofs from Shluchos speaking in front of men. After looking at the Rebbe’s talks on the matter, I will say clearly that just because they do it, doesn’t make it right.

Now, I am not Chas V’eshlom trying to say that any Shlucha which does this is wrong, but as the Rabbonim made clear in the letter about the Mic Drop event,

“For a Shliach who lives in a isolated location, and for the sake of drawing other Jews to Torah observance… He should consult with a G-d fearing Anash Rav to asertain the Halcha in these tough conditions…”

Which clearly means, it’s not so simple. Every situation is different. And it’s up to the Rav or Mashpia who the shluchim consult with on the matter.

But what is clear, based on the Rebbe’s view of things, is that for a Lubavitcher Chosid and a member of Anash, it is not something that should be done, and is clearly going against the Rebbe’s will.

Although the Rebbe emphasized many times the idea that women matter, the Torah’s meaning of those words resembles nothing to that of a Womens’ Rights Activist.

The Torah sets straight that men and women have two completely different jobs and roles in this world, and there are specific koachos and talents that a women has to fulfill her mission in the world that are exclusive to her.

So in short, the way we – as proud Jews – see it, is that “Womens Rights” doesn’t mean to be treated equally to that of a man. But to tap in to my full potential that G-d gave me as a woman, to live up to what is expected of me; as who I am, as a women.

The Rebbe would often make mention to that which is brought down in the Torah that In the Zechus of the righteous women of the generation, Moshiach will come. Through their special avoida in a way of tznius, as a true “בת מלך פנימה”.

May this Zechus lead us to Moshiach now, when we will once again be with our Beloved Rebbe and be zoiche to hear his sense of clarity on every thing that comes up in our community.

And may the streets of Crown Height be filled with the feeling of Ashreinu!, we are the Rebbe’s chassidim!

« New Music Video, “We The Children,” by Tzivos Hashem
Connection Point Culminates with Farbrengen of the Rebbe »