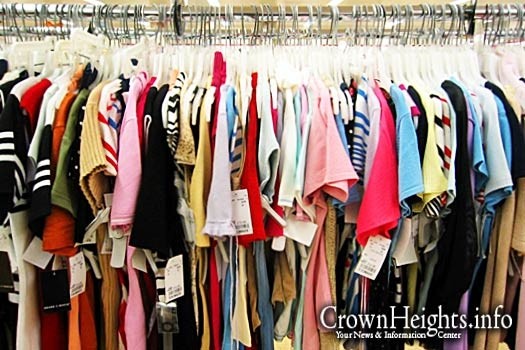 Every year, as the summer sun reveals herself and beats down upon us, the essential matter of tznius – the unequivocal hallmark of a frum, Jewish woman – is discussed, encouraged, and demanded by our leaders and fellow community members. Tznius has kept our nation pure and exalted for generations.

What is undebatable is that specific tznius standards are debatable. While there are clear general requirements, frum communities set detailed standards for their members based on the times and circumstance resulting in varying expectations based on location, generation, and persuasion.

And then, there are the educational institutions that establish tznius-based criteria for acceptance of children into their schools. Standards – not for the children enrolled in the school – but for the mothers of these children.

In a free country and market, schools have the right to create and enforce rules and parents have the ability to choose where to send their children. And, to be fair, the imposition of tznius standards on mothers of children is quite logical; ensuring the child observes consistent styles at both school and home.

However, while the enforcement of a student’s tznius style can be easily imposed from within the classroom, determining whether a child’s mother maintains the required standards is often based on sketchy observations, unintentional misunderstandings, hazy perceptions, distorted hearsay, and untrue gossip.

In short, the school’s administration employs assumptions and glorifies judgmentalism as the mechanism of implementing the key filter meant to set the course and tone of their school; an institution which they are confident will be a cut above the rest.

One can certainly wonder how this judgmental and elitist ‘tone from the top’ trickles down to the staff, teachers, and ultimately, students of the institution.

The broader issue, though, is that these administrators, who surely have the purest intentions at heart, fail to realize the potential pitfalls of their approach. The problem here is not the imposition of tznius standards but the process and method of determining which women adhere to them; the passing of judgment on others.

A Tale of Five Women

At the risk of sharing loshon horah, the following scandalous gossip was heard being shared among a group of close yentas:

Note: Due to the sensitive nature of the matter, the names and details of the women involved have been changed to protect them and their children – who still hope to be accepted by certain local schools.

Do the daughters of these “rotten” women have a chance of being admitted into the local school?

I hope they do! In fact, if these women’s children would not be accepted we would not have a Jewish nation today.

It’s time to pull down the curtain on these women. We have:

Each woman had her personal reasons based on the time and need and each was righteous and is venerated. On Ben Peles’ wife is regarded as the model wife on whom is attributed the often-quoted accolade: The wisest of women, each one built her house (Mishlei 14:1).

Each of these women was judged solely by the ultimate judge, Hashem, and so should every woman.

The same is true with the Sota, a woman accused of engaging in promiscuous activities, who is only judged by Hashem – not an anonymous Vaad – via the bitter potion. And, when all goes well, she is promised wonderful children (Bamidbar 5:28 Rashi); children who, I hope, would be accepted into the local school – despite the rumors.

It is telling that whenever men attempted to pass judgment on “rotten” women – as Yehuda attempted with Tamar and as Eli Ha’Kohen did with Chana – they quickly found that they were in way over their head and immediately regretted it. When Moshe Rabbeinu passed judgment on women’s tznius standards with regards to their mirrors, Hashem immediately corrected him and had those precious mirrors prominently integrated into the kiyor (Shemos 38:8 Rashi).

Some of these examples are, admittedly, extreme for the sake of highlighting the larger point. In the context of our realities, we’re talking about much narrower and subtle distinctions – a woman whose sheitel is an inch above or below her shoulder; makeup that “draws too much attention” versus a more “neutral” palette.

Should a child’s chinuch and future be determined based on a school administrator’s perception of her mother? If our forefathers utilized this approach, where would we be today? If we continue employing such methods, where will we be tomorrow?

None of this should cause anyone, Heaven forbid, to decrease their standards even an iota. On the contrary, every woman must do her job at glorifying herself and our nation by being modest and dignified.

And, school administrators should continue to perform their noble mission of focusing on the children – the future mothers; raising our next generation of yiddishe neshamas and uplifting them by infusing them with positive love and acceptance – not elitism and judgmentalism.

One can never know which special daughter will be the mother of royalty.