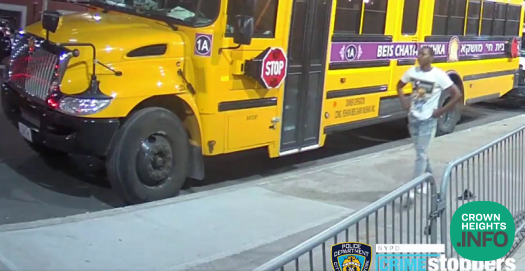 Arrest Made In Unprovoked Shabbos Assault in Crown Heights

The NYPD has announced an arrest in the unprovoked assault on a Bochur walking in Crown Heights this past month.

Babyson Dumervil, 24, was arrested by the NYPD and charged with assault.

As previously reported on CrownHeights.info, the 21-year-old bochur had been walking on Carroll Street approaching Troy Ave around 1:20am that Friday night, when he was approached by a deranged looking man.

No words were exchanged, but the NYPD had sent the investigation to its Hate Crimes Task Force. A $5,000 reward was also announced by the ADL for information leading to the perpetrators arrest.