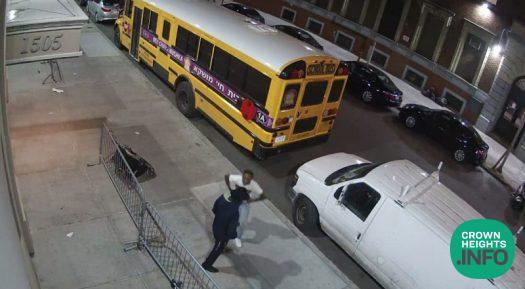 An unprovoked assault took place on Carroll Street Friday night resulting in injuries to a bochur.

The bochur had been walking on Carroll Street approaching Troy Ave around 1:20am when he was approached by a deranged looking man.

No words were exchanged, according to a report, and the motive behind the attack is unknown.

Crown Heights Shomrim was called, and secured the area to make sure no other people were attacked.