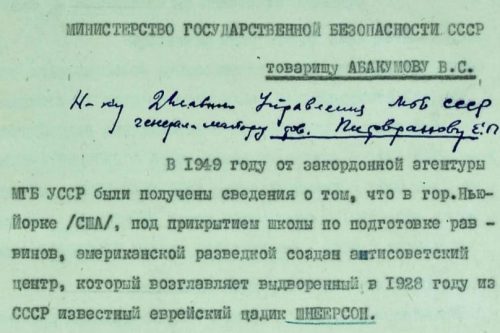 Picture of the Day

In 1949 Viktor Abakumov, the Soviet Union’s Minister of State Security, received a message reporting that the Frierdiker Rebbe had established an anti-Soviet Center in New York City. The message, sent by KGB agents operating in New York, stated: “The American espionage system established an anti-Soviet center in New York under the cover of a Rabbinic training school, and it is headed by the Jewish tzaddik Schneersohn, who was deported from the USSR in 1928.”