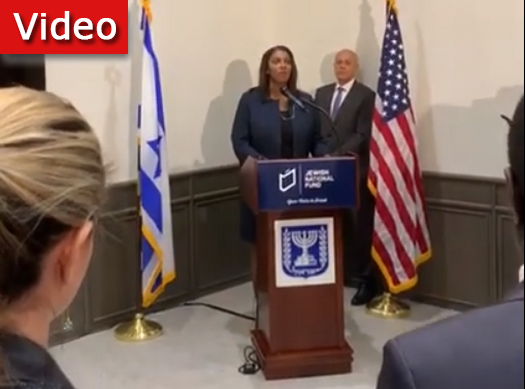 Letitia “Tish“ James,currently serving as the Attorney General of New York, spoke in front of a crowd following the death of a New York City Police officer while on duty. She calls for a moment of silence, then makes reference to the Crown heights community. Watch as she calls herself an honorary Lubavitcher, and thanks everyone for the Jewish vote.