« Blizzard Watch Issued for NYC
Rabbi Benny’s Weekly Torah Thought: The One With the Police Chase » 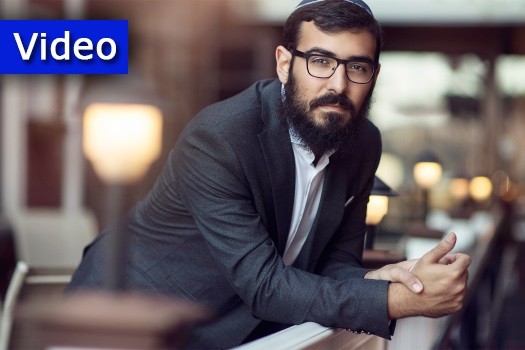 So unique it won’t fit into any category.  A mix tailored to your audience.  A sound so varied it will be like never before. A fixture in the New York-Florida-France-Israel community for over 15 years, Shuky Sadon has created a wide variety of music experiences at hundreds of weddings, concerts, private events and festivals.

His love for music began a very young age, where Shuky was witness to his father’s collaboration with Jewish singers in producing and orchestrating concerts for the Parisian Jewish community. With his father’s encouragement, Shuky’s voice blossomed.
As he grew, so did the demand for his voice.  Performing at Bar Mitzvahs, local Simchas and festivities, and later graduating to larger performances including weddings and large-scale events. Bringing his unique sound, and personal energy, Shuky has become a staple on the Jewish stage.

Shuky, has spent the last several years immersed in the world of music, gaining mastery over his voice and craft; having learned from and performed with, Mordechai Ben David, Yaakov Shwekey, Itzik Eshel, Eyal Golan, and many others. He has traveled the globe lifting thousands of people on the wings of his music.

The time has finally arrived for Shuky to release music that reflected his own journey and personal style. Shuky brings a truly unique sound that embodies his love for all genres of music. There are times his music will move you with his soulful melodies, and there are times he will light you up with electricity. Perhaps he is most famous for his ability to remix sounds of old and sounds of new into an effervescent experience.

Here for the first time is his single “Libi”, recorded in Israel, where Shuky found himself in the midst of the latest wave of violence. It reflects the resilience and hope we have as a united people during difficult times.  The album is being produced by world-renowned music producer Udi Damari, who produces for many other A-List singers and musicians. The album is a new and innovative style that has yet to be seen in the Jewish Music Industry.

The full album is stated to be released in early February.

Download the single for free at Mostly Music: http://mostlymusic.com/products/shuky-sadon-libi-single.

« Blizzard Watch Issued for NYC
Rabbi Benny’s Weekly Torah Thought: The One With the Police Chase »