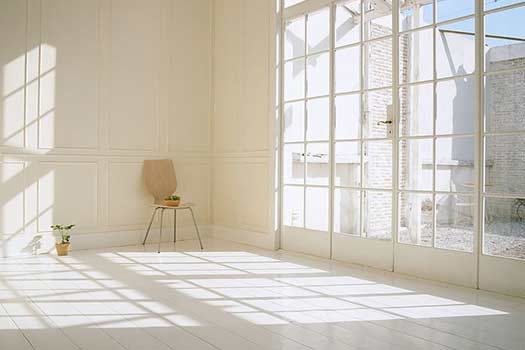 Being that we celebrated this week Chai Elul, the birthdays of both the Baal Shem Tov and the Alter Rebbe, I chose to post one of the stories and thoughts that I shared at a farbrengen this week in Eliyahu Nochum shul, on Lefferts.

Quite often the question is asked, “What did Chassidus accomplish?” or sometimes it is phrased in stronger words, “You see in the generations before the Baal Shem Tov, that there were great tzaddikim and ehrliche (righteous) Jews, who did not need the “light” of Chassidus to attain their level. So why is it necessary now?”

Allow me to present to you a moshol (parable) based on the Frierdiker Rebbe’s words, that addresses this question.

Once there was a king who chose to build a museum. Obviously the desire to build it was to showcase his status, and he figured in order to accomplish this he would build it adjacent to his palace. There he will have on display unique paintings, sculptures and artifacts from the greatest artisans and craftsmen’s of the previous generations. It will be the envy of the nobility.

He hired the best architectures and interior designers to design and built this magnificent edifice. It has to be exceptional and outstanding. Understanding the kings’ request they informed the king that they are ready to undertake this task and are confidant that his majesty will be extremely satisfied with the outcome.

However, in order to do so they have a request; they have to see all of the paintings, sculptures and artifacts that are to be included in the exhibitions. Furthermore they will be the ones that decide on every aspect throughout the museum. Using a portrait as an example, they demonstrated that depending on how much light there is and the background of the wall it is placed upon alters the way a person visualizes it.

The king realized that he indeed had hired the most qualified people, people that understand what he is trying to accomplish and agreed to their request. They can see all of his treasures and they will choose what and where it is exhibited.

A few years passed and it was finally ready. The king entered and was awestruck by the beauty and creativity of the design. It was indeed a masterpiece, surpassing his imagination. He rewarded them handsomely for their dedication and decided to invite a few hundred people for the grand opening ceremony.

The individual who received the invitation were honored and they began streaming to the museum, days in advance. According to the word on the street, there is nothing comparable, its beauty and design. Looking from a far they were taken by the grandeur of the building itself, and just imagined how spectacular it would be inside.

A bugle sounded and a servant stood up to speak. He announced; “On your invitation there is a number. The number is your group identification. Every twenty minutes another group of fifteen guests will begin the tour. The complete tour that is being shown today will take three hours. While you are waiting you can partake in the delicious food that is set up next to the royal garden, as well as enjoy the various concerts and shows that are being conducted.

The nobility were the first few groups to enter and throughout the day announcements were made informing the guests when their turn/tour will begin.

When the first group exited after their three hour tour, it was noticeable that they were truly amazed. They began describing the beauty using every word imaginable. It is awesome, unbelievable, breathtaking, splendid, out of this world etc. There is no other museum that compares or even comes close to this. It is indeed a reflection on the greatness of our monarch.

The people whose turn was about to begin, began imagining what they will see and every fifteen minutes as another group came out and describe their enjoyment and amazement at this masterpiece, so too grew the anticipation of the incoming group.

As one the final groups began their tour, and entered one the exhibition rooms, the curator expected to once again hear gasps of awe and admiration. But this time there was silence and then some comments of cynicism. “Is this the paintings that everyone was raving about?!”

For a moment he thought these must be uncultured people. But then he said his majesty the king would never invite uncultured people; there must be something that has happened. Looking towards the window, he noticed that the sunlight is no longer bright; there are clouds in the sky.

Everything was clear to him. The architects utilized the sunlight in order to highlight the beauty of the picture, and that is what evoked the praise of all who looked at it. However, now that it is cloudy the sunlight is not coming through as before and therefore the picture lost its beauty and message.

So he went over to the wall and flicked a switch which turned on the spotlights. At that moment a collective gasp of WOW was heard, the people were thunderstruck. They saw the brilliance of the colors and the paintings came to life. It was as if they were transported to the action of the scene depicted. They never experienced such a feeling before.  This was more than they anticipated! Indeed this was a once in a lifetime experience!

The picture didn’t change. Just now they were able to visualize the beauty of its colors, and the artists’ ability of bringing that vision to life.

The same thing is here. When Hashem gave us the Torah, the earlier generations appreciated its greatness and beauty. They recognized its qualities and were uplifted and inspired. Indeed they were tremendous tzaddikim and pious people. They spoke passionately about it to their children and the next generation. However, as the generations passed and the darkness of golus began covering the world, the beauty was not as noticed, and the inspiration began waning.

Until it came a point that many people were left completely detached from it. They didn’t see its relevance and beauty.

So what did Chassidus accomplish, it is like the spotlight that overcome the darkness of the clouds and enabled us to see the Torah in its beauty and purity. That is why the Baal Shem Tov and the Alter Rebbe are called shinei mieirois hagedolim – the two great luminaries. They lit up the world, that G-dliness can be seen.

This is a answer even if I accept the premise of your question as the reality. However, the truth is that Chassidus is much more than just a spotlight. As the possuk says Ta’ahmu u’ri’oo ki tov havaya – Taste it and you will see the G-dliness is good. Learn some Chassidus and it will illuminate your life.

Rabbi Avtzon is a veteran mechanech and the author of numerous books on the Rebbeim and their chassidim.  He is available to farbreng or speak in your community and can be contacted at avtzonbooks@gmail.com