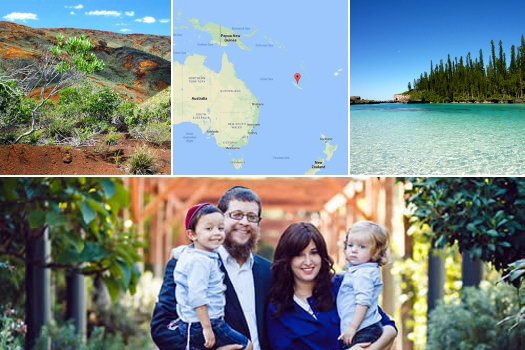 The temperature is in the mid-80s right now in New Caledonia. The sun beckons, the sea sparkles, and the Jewish community . . . well, it’s small. An estimated 250 Jews live in this archipelago in the Southwest Pacific out of a total population of about 268,000. It is the 91st country/territory to have a Chabad center.

Among its newest inhabitants (for now, part-time) are Chabad-Lubavitch emissaries Rabbi Menachem and Bassie Sabbach, who are in the process of moving to the territory to help Jewish residents and tourists connect to their heritage. Right now, they and their two young sons—Eliyahu, 2½, and Shneur Zalman, 4—have been flying in and out for holidays, prayer services, programs and classes until they are permanently situated in Nouméa, the capital and largest city.

For Jewish residents there, such as Avital Gangloff, “Chabad is a real joy, a breath of fresh air.”

As she describes in an email: “They arrived with suitcases filled with simchas, with stories of the Rebbe, and an unfailing commitment to serve and be there for every Jewish person they meet. With each passing day, this strengthens our emunah [faith]. And it gives us great relief. Relief because it is not a given for us to be ensured prayer services, even for holidays. It is in this kind of community that one sees the power of Jews gathering together—the possibilities we have when we are one.”

Gangloff maintains that the cohesiveness has brought something else to New Caledonia.

“Judaism is also about encountering each other in person and sharing time in synagogue together, which we can almost forget in a little community like ours,” she explains. “I cannot say that this or that activity counted for me; I cannot pinpoint a particular event that I enjoyed most. But I can say that everything counts! Knowing that we will not be alone for a Jewish holiday or festive meal or celebration is a blessing.”

‘Leading Us on Our Way’

The rabbi, originally from Melbourne, Australia, is a fluent French speaker; his parents were raised in France. Bassie Sabbach is from Manchester, England.

Their eventual new home on this string of picture-perfect-looking islands, administered by France, lies 750 miles east of Australia. The official language is French, with a population comprised primarily of the Kanak people, the original inhabitants of New Caledonia; those of European descent; Polynesians; and Southeast Asians.

“Our main goal is to work with the Jewish people who live here now and the tourists,” says the rabbi. “Thousands upon thousands of people come here from November through January, the summer season. Every week, we get emails asking about kosher food or Jewish life here. There is a huge potential to reach out to many Jews. This can really be a place that can flourish Jewishly.”

Rosh Hashanah brought more than 70 local residents to hear the shofar and pray together. Chanukah festivities drew upwards of 150 people and was covered on the evening news there. The joy from a recent brit milahreverberated throughout the existing synagogue in Nouméa, which Rabbi Sabbach will head once there for good.

According to Sabbach, each Jewish person in this verdant place has a story. There’s the longtime active community leader who has a large framed photo of the Rebbe in her home. The father who once studied in a yeshivah in France who enjoyed a Shabbat meal with the Sabbachs. The man who came to shul on Purim day to hear the Megillah and ended up celebrating his bar mitzvahby putting on tefillin for the very first time.

“We feel the koach—the strength, power and wisdom—of the Rebbe, leading us on our way,” affirms Sabbach.

He hopes that this is just the beginning and believes that New Caledonia Jewry has a bright future ahead. More programs, in addition to the ones currently in place for adults and children, are on the horizon. Also planned is the construction of a mikvah.

“When we have a proper center, with a preschool and other communal needs, we will thrive even more,” says the rabbi. “People will want to come here, establish a life here, especially those who live in France. It’s very beautiful here, and life is very calm.”

That’s not news to current residents, whose heritage has come to life in a more public way. They couldn’t be happier. As Gangloff practically gushes: “From the bottom of my heart, thank you for coming here!” 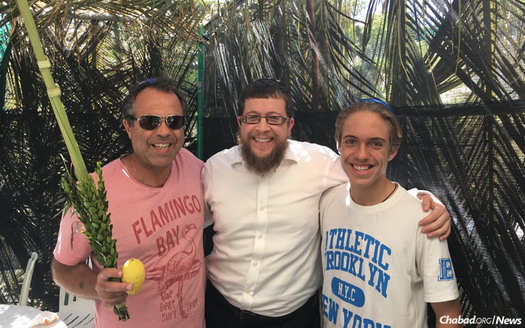 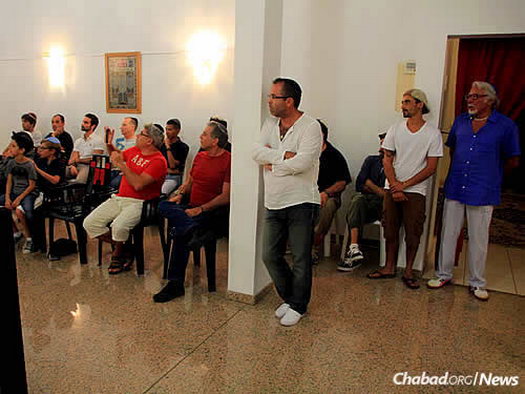 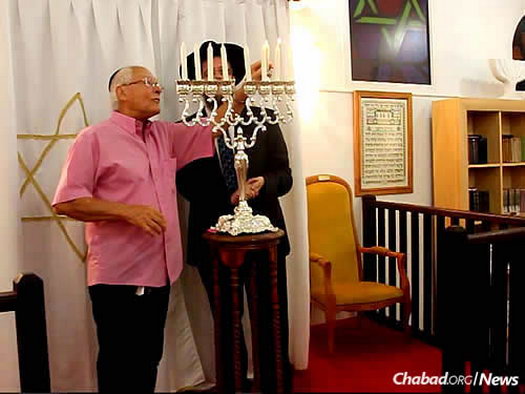 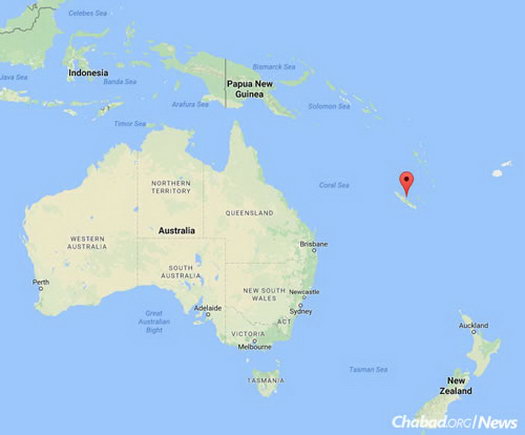 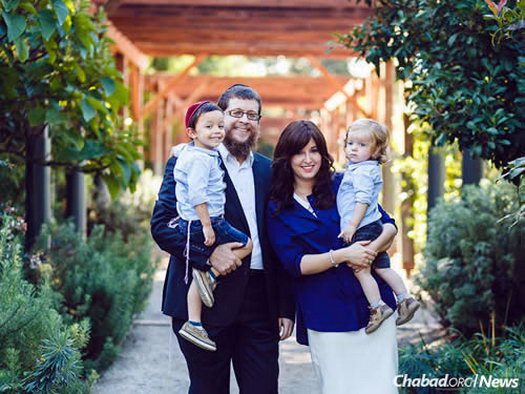 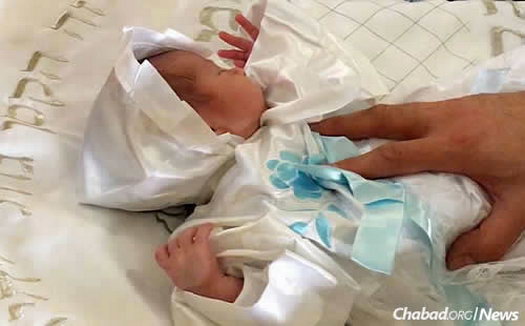 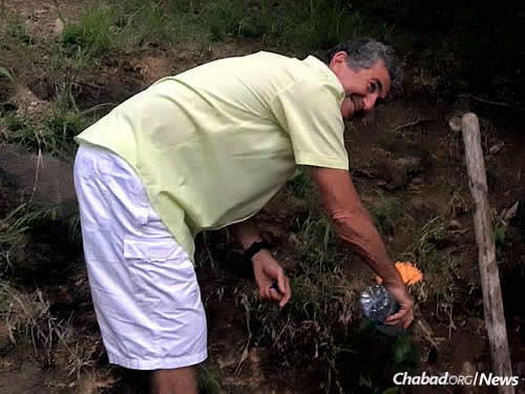 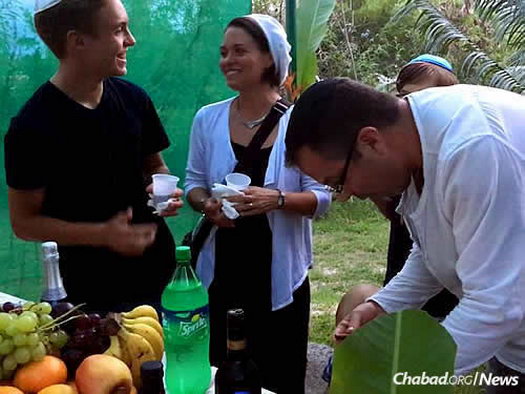 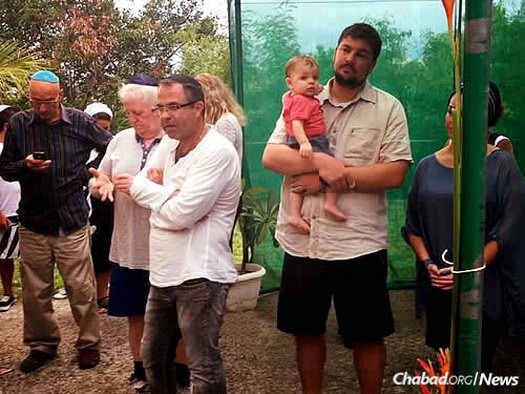 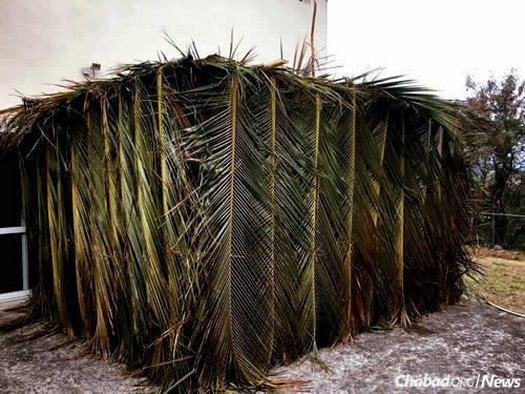 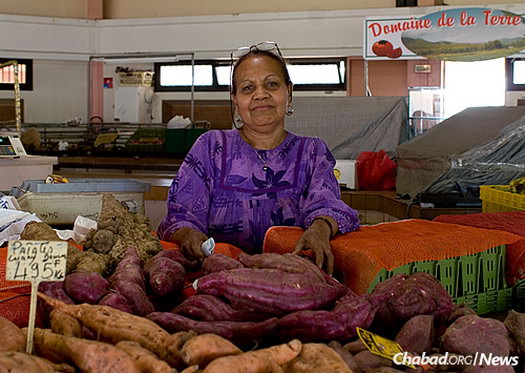 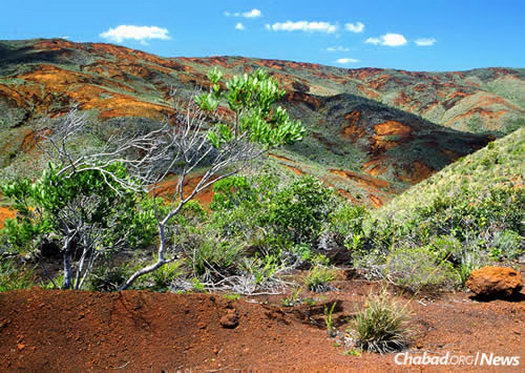 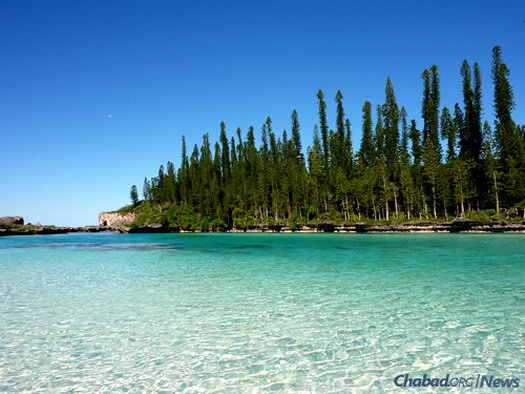 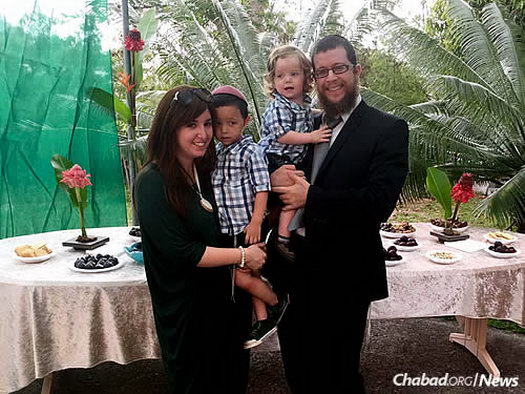