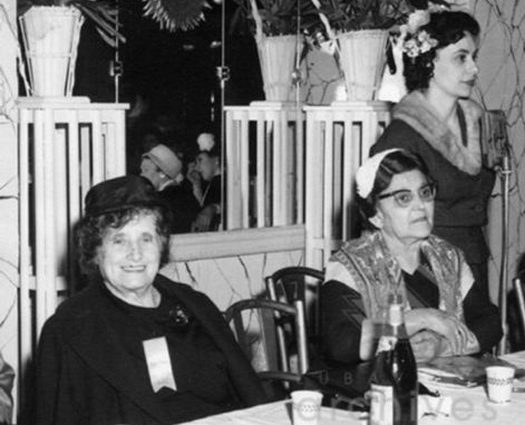 Standing at the mic is Rochelle Fogelman, Shlucha to Worcester, MA. She is addressing the annual Nshei Chabad convention. Probably sometime in the early 1950s.

The first speaker at the convention was a Chossid who spoke to the women about not overburdening their husbands with taking care of the children and other household chores but they need to make it easy for them to sit and learn Torah.

He went on in this vein at length.

When he finished speaking, Rebbetzen Chana remarked quietly to a neighbour; “Geret vi a Misnaged”, “He spoke like a Misnaged”.

Then came Rochelle’s turn to speak.

She began her speech with the words, “Shalom, Shalom, Lerechok, Velekorov”.

She explained that there can be Chassidim, that live far from New York, but are very close in spirit.

“words that come from the heart enter the heart”.

“When we”, she turned to her audience, “Speak to others with the words that we hear from the Rebbe, our heart. Those words will awaken the hearts and minds of other jews, and bring them closer to Yiddishkeit.”

The Rebbetzen then told her, “Dos iz a geburenheit”. Speaking is something you are born with.

When Rochelle was later in Yechidus, the Rebbe, who must have received a report, told her, “Mazal Tov for the speech.”