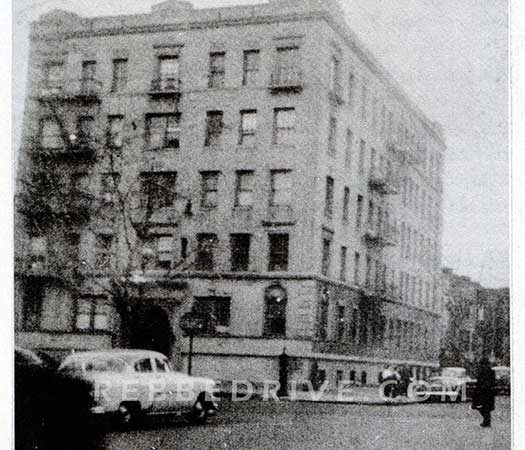 CrownHeights.info has received a photograph, believed to have never been seen before and apparently taken right before the Rebbe assumed the Nesius, crossing the street near President Street and New York Avenue.

Though difficult to see, the reader who submitted the photograph says that it is the Lubavitcher Rebbe crossing the street. “The photographer has shared a small collection of photos, which will be shared soon” he wrote in an email.