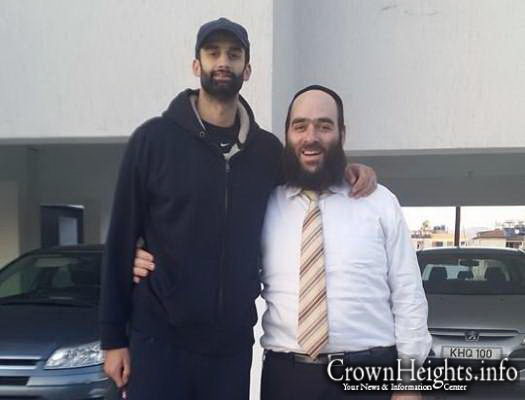 At about 6′ 6″ tall, some say Rabbi Zevi Raskin, director of Chabad in Cyprus, is the tallest Shliach in the world. But he is dwarfed while standing next to Jewish-America basketball player of Balkan origin Robert Rothbart, who towers above him at almost 7′ 2″.

The two men met while Rothbart was in Cyprus for a basketball match between his team, Pamukkale of Turkey, and a rival Cypriot team.