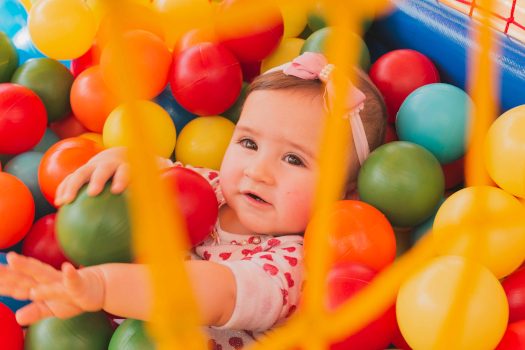 Op Ed: Why Don’t All Families Have a Lot of Kids?

I recently noticed an article by Rabbi Mendel Dubov entitled, “Why Do Orthodox Jews Have So Many Kids?” I understand that this is a topic that needs explanation. But, why? The most natural thing in the world is for couples to get married and form a family by having children. The odd thing is that they do things to go against nature and limit the number of children. I understand that not every family is blessed with being able to bear children, but for the most part, healthy people do choose to limit the number of children they bring into their family… making Dubov’s premise a valid topic because even if having children is the most natural lifestyle – it is not the current norm.

I was first introduced to religious Jewish lifestyle when I was a recent college graduate. I moved into Crown Heights, Brooklyn and went about learning as much as I could about Jewish philosophy, laws and customs. I began to realize that I had veered away from my life of rugged independence and was headed towards getting married and raising a family. Due to my new direction, I closely observed up close what motherhood was like in a religious neighborhood. There were a lot of very capable mothers in Crown Heights. But then I noticed something that seemed strange. It seemed to me that the most competent mothers all had four children or more. The mothers who seemed nervous, on edge, not as confident, did not have as many as four children. At first that seemed strange to me. I thought the more children you have the more overwhelmed you would be. But then I realized, the mothers with more children, were more experienced, and their children were accustomed to sharing their mother, being part of a team, and taking responsibility for one another. A first child gets the idea that they are the center of the universe and acts accordingly. The fourth child, not so much.

Yes, I know siblings fight. That’s why you need more than two children in the family. And three can be a triangle. But once there is four or more, usually everyone finds a friend. And once there are four or more, conflicts are minimalized in the midst of the action that is going on in the family. Of course, I am speaking generally. Every family is unique. But in general, I think that growing up in a large family develops character – not only in the children – but also in the parents.

I like a minimum of four because then you have more than one middle child. Middle children are great. They are known for being ignored. I happen to think that’s just fine. At the same time the middle child has to be independent enough to care for themselves, and, to be interdependent with their co-middlers. I am assuming the parents care for all the children, but extra attention often goes to the eldest and the youngest. So it is concerning extras when the middlers learn to fend for themselves using their creativity and at the same time develop their team building skills.

I am of the opinion that children have a healthier childhood when they grow up with siblings. I also think having children develops the character of the parents as they accept the responsibility and challenges of parenting. And I think it also makes for healthier, better balanced communities. Not perfect communities. Not utopia. But healthier than a lot of what is going down today.

So, Why Don’t All Families Have a Lot of Kids? I wager to say it is because the younger generations do not know what it is like to have a family. Think about it. An only child never experienced welcoming a baby into the family. And if their parents were only children, there are no cousins to welcome into the family. Add to that, the dominate cultural attitude that women find fulfillment in careers more than in motherhood. That was a feminist assertion in the 1970’s. Feminists will still say that was not a mistake. But psychologists know it was. With few exceptions as with every generalization – careers, money, fame or yachts, do not compensate for not having children.

If competent, industrious families with moral values, would start having lots of kids, the world would be a better place. Religious families are doing their part. G-d bless them.