« Video: Postville Before the Raid
Youth with Special Needs Can Now Enjoy Birthright Too » 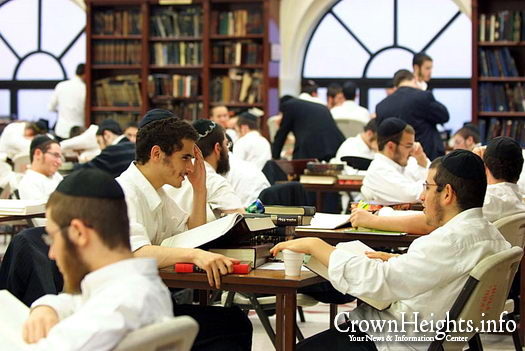 Dr. Aaron D. Twerski, Professor of Law at Brooklyn Law School, writes in Crain’s New York why yeshiva education is remarkably effective in providing the tools necessary for success in the secular world:

Recently, self-appointed critics have attacked Hasidic and other Orthodox schools for their lack of emphasis on secular education. They intimate that these schools leave their students ill-prepared to participate in commerce and to succeed once they graduate. But their misguided criticism is off the mark.

While the city’s Department of Education said it would investigate, the reality is that yeshiva education is remarkably effective in providing the tools necessary for success in the secular world. Indeed, I would challenge any secular educational system to match the results accomplished by our school system.

Some examples: The largest and most successful photo supply company in the United States is owned and operated by Hasidic Jews who were educated at Hasidic schools in New York. They employ hundreds of workers who deal daily with the most sophisticated buyers of cutting-edge technology in the nation. Hasidic Jews also fill senior IT, financial and corporate positions there.

Hasidim also own major commercial and residential construction companies. They regularly deal with the largest financial institutions, renowned architects and the finest law firms in New York City. And many of their subcontractors who are licensed plumbers, electricians and HVAC technicians are products of Hasidic schools.

Our community is home to accountants, comptrollers and computer experts who hold high positions in banks and other financial institutions. The number of Hasidic businessmen who regularly travel to Asia is so great that hotels in China, Japan and other countries in the Far East make accommodation for them so they can observe the Sabbath.

Manufacturers of everything from plastics, building materials, and every consumer good imaginable are produced by graduates of these much-maligned schools.

This success stems from the rigor of the education they receive. In studying Talmud, the students develop analytical skills and critical thinking of the highest order. This is the essence of a most demanding curriculum. Students learn to analyze and critique text with precision. They learn how to analogize and how to recognize false lines of logic. They enter the business world with skills that not only equal but are more often superior to those taught in secular schools. They accomplish this even though English is a second language to many of our students, who are raised in Yiddish-speaking homes.

Of course, there is poverty in our community. But it is simplistic and inaccurate to suggest that the emphasis on Jewish studies is at the root of those financial challenges. It is common for both husband and wife to earn between $75,000 and $100,000 annually yet struggle because large families are common. That is a choice made of religious conviction, not the product of inadequate education.

There is also a cadre of scholars who devote their lives to the study and teaching of Torah. They serve as the intellectual and spiritual leaders of our community. They are charged with the responsibility of dealing with the complexities of modern society according to the tradition of the ages. Their responsibilities run the gamut from resolving controversies arising from complex business disputes according to Jewish law to advising families and physicians about end-of-life issues.

Job discrimination is also a major factor. How many employers in New York refrain from hiring Hasidim, not because they don’t have the ability but because employers simply don’t want Hasidim in their offices or as the face of their company? It is ironic that those critics of Hasidic schools, who profess to be looking out for the well-being of Hasidim, are entirely unconcerned about this discrimination. Those who complain about Hasidic poverty should be on the front lines of the battle to ensure that job opportunities are available to willing and able Hasidim.

Our graduates have been successful in utilizing what they have been taught, both in their Jewish and secular studies departments, and have been successful in building remarkable careers, businesses and institutions. Critics of our educational system are blissfully ignorant of the enormous successes it has produced. What they really seek to take issue with is our value system, one that is in dissonance with that of the secular society that surrounds us.

On that we broach no compromise. We will continue to improve our schools, but we have no reason to apologize for them. Others might look to our system for its excellence in teaching the most important of all skills: how to reason, analyze problems and construct a moral and ethical framework for life.

Whatever the profession or endeavor, those who possess these vital skills are the best educated.

Aaron D. Twerski is a professor at Brooklyn Law School and former dean and professor of tort law at Hofstra University School of Law.

« Video: Postville Before the Raid
Youth with Special Needs Can Now Enjoy Birthright Too »