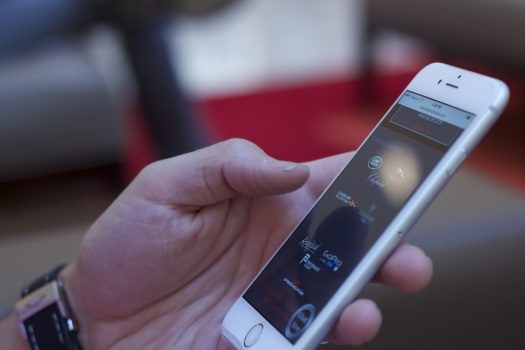 Rabbi Leibel Estrin, well-known to many as the writer of the popular Mendy and the Golem comic books during the 80s and 90s, penned the following op-ed on what the Alter Rebbe has to say about checking one’s phone during davening.

You have to wonder!

In Igeres HaKodesh of Tanya, Letter 24, the Alter Rebbe writes:

My beloved ones, my brethren: I beg of you… Let no one make himself wicked before G‑d during that one hour (i.e., of prayer) that He has chosen of all day to be revealed and to come into the “miniature sanctuary,” i.e., synagogue…

[Now] he who speaks of his needs, demonstrates publicly that he has no desire to contemplate and to behold the manifestation of [G‑d’s] majestic glory.”

Whoever will stand before Him and not care to see Him, busying himself at that time with his own needs, — how lowly, foolish and senseless is he…

Moreover, it is a dishonor to  the king, when he demonstrates that to have pleasure from gazing upon His glory and beauty is of no more esteem in his eyes  than busying himself with his own needs! Moreover, it is a capital offense towards the king, to exhibit how he disgraces and dishonors the king in the eyes  of the public.”

The Shulchan Aruch is clear.  A person shouldn’t learn Torah while davening, how much more does it apply to viewing emails, texting friends, or surfing the Net!

Even if the person doesn’t look at his phone, but keeps it on, the pings, rings and other sounds can disturb others. And switching to mute doesn’t help, because the person is still half-waiting for a message, and not fully focusing on Hashem.  To avoid becoming “a chariot to the supernal fool,” turn off the phone. You will no doubt have a better davening experience. (And so will we!) More importantly, if you pay attention to G-d’s words, He will most certainly pay attention to yours, and, fulfill your needs both materially and spiritually!