« Picture of the Day: Melbourne, Australia
Amazon Prime Discounted for Those on Food Stamps » 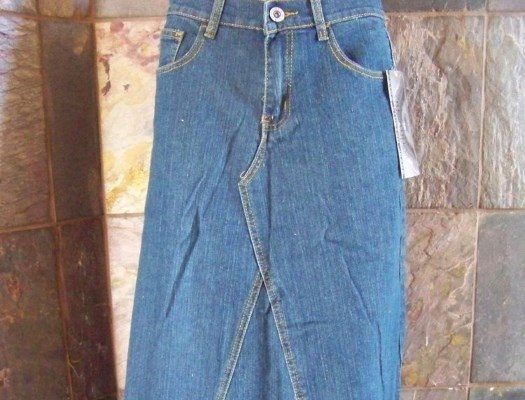 Crown Heights community member Chaya Sara Waldman penned the following open letter to Rabbi Motty Gurary, director of Bnos Menachem, in response to his letter requiring all parents to adhere to strict Tznius guidelines – including no denim, long shaitels or dark nail polish – in order for their children to be considered for the coming school year:

Your letter triggered so many responses in me, I don’t know where to begin. By questioning why a man – especially a frum man and a chossid – could ever imagine it is appropriate to speak to a woman about her body? By marveling at the incredible irony of a letter inspired by pursuit of dignity and aidelkeit being a crude public itemization of what women should or shouldn’t wear? By wondering what the role is here for the husband who signs this letter – is it to inspect and approve his wife before she leaves the house? By marveling at how you have turned tznius – a beautiful concept about moderation and refinement in human behavior and dealings, something that’s supposed to translate into cars and homes and the way we make simchos – into something that defines solely the real estate of the skin of women’s bodies? But I decided to respond to the most worrisome concept this letter symbolizes: the prioritization of Women’s Clothing over all other community issues, as your school – and other institutions in Lubavitch – recently have.

To me, more appalling than denim, is the eight-year-old boy who has been bullied since he was four. More obscene than a three-year-old girl’s bare calf, is the shameless conspicuous consumptionism of a bar mitzvah I recently attended of one of our staunch standard-bearers of the BM “Tights Imperative”. More dreadful than red nail polish, is the silent serpent of poverty that poisons the happiness of young families who can barely make ends meet (who attend the extravagant functions of the “role models” of our neighborhood). More offensive than a shaitel that hangs below the shoulder blades, is the gross lashon hara that makes for Shabbos table conversations. More shocking than leggings, is the growing mass of young teenagers quietly throwing away a yiddishkeit they don’t understand and have come to hate. More alarming than a tight skirt is the rampant consumption of alcohol by our children in yeshivos.

I understand that the way that women look in public colors the whole community because of its overt nature. One need look no further than this week’s parsha in Likkutei Sichos (chelek 2), where the Rebbe discusses Kimchis, who merited to see her sons be kohanim gedolim because of her vigilance in covering her hair. But what I don’t understand is how this has become the most prioritized issue, emphasized with a single-mindedness above all other community issues. After all, looking through many of the Rebbe’s other sichos, the recurring, persistent and primary message is ahavas yisroel, helping a fellow Jew, even a rasha, as the Rebbe mentions a few parshiyos earlier in that same chelek. Not only does the new cultural stress on what you refer to as “tznius” not deserve the spotlight, it inevitably directly contradicts that which does – ahavas yisroel – when proponents employ harsh judgment, humiliation and shaming to “offenders”, employing the new catch-all-phrase: “ahavas yisroel doesn’t mean that…”.  “Tznius” is important, but if you really want to “elevate the kedushah in our neighborhood”, let’s take a cue from the elements of yiddishkeit the Rebbe actually focused on. And if you want to elevate the standard of tznius, let’s talk about tznius –the whole concept – not just women’s (and little girls’!) legs.

Aside from your choice of focus, I also have to question your tone and approach. Wouldn’t your position of authority and leadership in this community be better served to healing us as a people, a fragmented community in pain, an individual and another individual and another individual just trying to do his/her best – like you. What has always distinguished Lubavitcher chassidim is our focus on ruling by light, not by darkness, the focus on each, individual yid, as a precious and valuable piece of Hashem to be treated with respect and kindness and care. The Rebbe’s way didn’t seem to be the way of prohibitive takanos like the ones you put forth. Rather, encouraging us all to be “street signs”, placed at the intersections of the paths leading to arei miklat. Our job is to stand at the crossroads as our friends wander through their existential crises and to support them, to guide them with cries of, “miklat, miklat!”, with warmth and support and empathy, and cheer them forward with positivity and love (as the Rebbe discusses in that same chelek 2).

Hatznei leches im Hashm elokecha is a fundamental principle of Jewish life. How has that been subverted to become this obsession about women’s toes and little girls’ legs? If you are looking to highlight one element of yiddishkeit – one ultimate value – to mandate the parents of your school to sign off on, ayn lanu ela divrei ben Amram. Your school represents the Rebbe. Why corrupt his legacy by distorting the meaning of “kedusha” in his shchunah.

« Picture of the Day: Melbourne, Australia
Amazon Prime Discounted for Those on Food Stamps »