« New Shluchim to Long Island
Here’s My Story: A Pebble in the Lake » 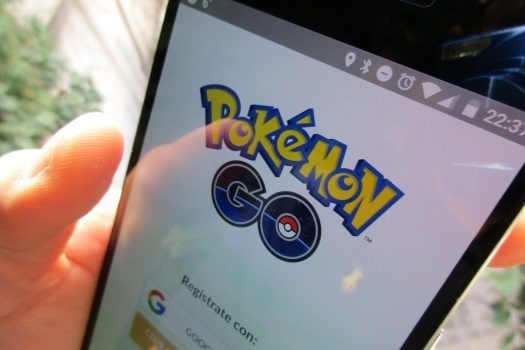 Pokemon recently released a smartphone app of the game Pokemon, called ‘Pokemon Go’. Taking off around the world, players run around their local area using the app on their phones to find rare Pokemon animals to train and fight, in real time, and in real locations. It has become such a hit that police are reminding people to be cautious of other people on the street as well cars. Interestingly, an increasing number of bizarre occurrences and discoveries are occurring while using this app; think delivery suites and bathrooms! By fusing modern technology with the classic card game, ‘Pokemon Go’ has brought in a new era of game play for the Pokemon generation!

The Baal Shem Tov teaches us that every single thing we experience in life is there to teach us a lesson (or multiple lessons). What can we learn from this new app (apart from relearning the basic art of human survival while crossing roads)?

Chassidus teaches us that contained within every material item are spiritual sparks waiting to be released. These sparks are released through using them for holy purposes, such as using leather for Tefillin, silverware for Shabbos candlesticks etc. Some items we use on a daily basis, having the ability to release sparks on an ongoing basis, and other items may be rarely used. We don’t know what type of sparks are contained within each item. So what can we do in out individual power to release these sparks?

We have an ancient guide in which we live by, called the Torah. By delving into it, we discover where these sparks are kept and how to release them!

We, as Jewish people, have managed to fuse this ancient guide with modern technology too. With our phones always close by, we can access this information at any time and any place and (almost) in any language!

It’s good to see Pokemon catching up with us finally.

« New Shluchim to Long Island
Here’s My Story: A Pebble in the Lake »