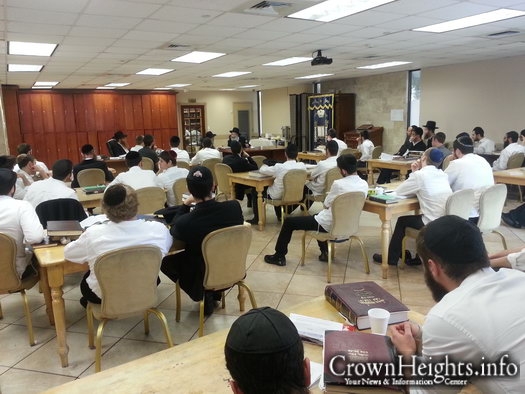 In an opinion piece in The Forward, Loyola University Law Professor Yitzchok Adlerstein points to a 1972 U.S. Supreme Court ruling that affirms the right of parents to educate their children according to their religious beliefs, even if violating their state’s mandatory education standards.

The middle of the road is for horses,” the famous Rebbe of Kotzk once said. Critics of the Orthodox Union and UJA-Federation seem to share that disapproval for those sitting out the battle over the Satmar school curriculum, according to a recent report in the Forward .

Why have those organizations not come out vocally in support of the bill before the N.Y. State Assembly that would put teeth in regulations that mandate which subjects private schools must teach? Why have they failed to protect Hasidic children from a sentence of enforced poverty, which is the result of being denied the most basic educational tools available to other Americans? Shouldn’t this be a no-brainer?

Not really. In fact, the more astute question might be why Jewish groups have not rallied to the defense of the Satmars, even though they (and we) do not share the Hasidim’s utter and absolute rejection of all things secular. Religious freedom is measured by how we protect the rights of those with whom we do not agree.

This is a religious freedom problem and it starts with a different faith, albeit one that also spoke a dialect of German and wore black frock coats: The Old Order Amish in the 1972 case of Wisconsin v. Yoder. Wisconsin, like every other state in the union, has a compulsory education law that requires students to go to school until the age of 16. Yoder sued, alleging that his faith prohibited secular education of his children after eighth grade. To everyone’s surprise, the Supreme Court ruled that the Constitution gives parents enough control in the education of their children that if their faith demands it, they can deprive their children of any education at all and simply pull them out of school and make them work on an Amish farm.

No one is obligated to send their children to school — any school — if it violates their religious rights. They do not even have to home school them: The kids can work on the farm.

Notwithstanding all the case law since then, Yoder remains good law. Of course, the government can and does regulate what is a licensed school and who is entitled to what aid from the state and under what circumstances, but it is important to understand the legal bottom line: A person who religiously objects to school can decline to send his children — at least after eighth grade and maybe earlier — to any school.