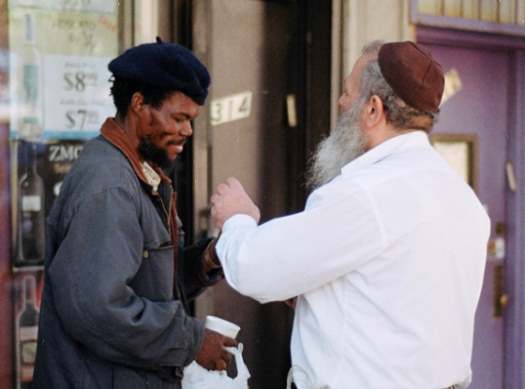 Op-Ed: Does Racism Have a Place in Chassidus?

Recently, I spent Shabbos in a non-Lubavitch community. On the way to shul, my hostess bumped into a friend of hers and invited her to join us. The friend declined and we said good shabbos. Half a block away, my hostess commented, “I try to be nice to people who are less than me. It’s a mitzvah.” I didn’t say anything, but inside I was pinched. What does that mean— “less than me”? How can you say that about another Jew?

Having spent a few years in a Bais Yaakov school, I like to focus on the similarities between Lubavitch and Litvish. But this incident really hit the nail on the head. As I discussed with my friends, a real Lubavitcher would never think that way. When you learn Chassidus, you look at each Jew for what s/he is: a Chelek Eloka Mimaal Mamesh – a pure piece of divinity! In Chabad, there is no such thing as greater or less—each and every Jew is equally valuable just for the fact that s/he is Jewish.

Or is there? Today a shadchan spoke to my mother about the dire issue of violence in Brazilian homes. Even though my family has Brazilian roots, and my parents are shluchim of a Brazilian community here in the States, the shadchan felt free to speak boldly and harshly. My mother explained to her that she and my father had been involved in many, many nasty cases of divorces in our community, and they have never heard of violence being the issue. “Physical abuse is a different story,” the shadchan said. “The violence comes out in different ways.” My mother was too shocked to respond. Right before she hung up, the shadchan made sure to give the verdict: “Brazilians must marry only Brazilians.”

Now, the purpose of this article is not to complain about the shidduch crisis, or to glorify Brazilians. The purpose of this article is- very simply- to bring a beautiful teaching of the Alter Rebbe to some Lubavitchers’ attention. The beautiful teaching is Perek Lev (Chapter 32) of Tanya—enough said. If you don’t think that you will get along mentality wise with someone from a specific culture or nationality, so be it. It may not always be smart, but so be it. But when you take it to the next level and begin to spew slanderous accusations against this nationality, I must ask you: What makes you so racist? Is it because you had a Brazilian roommate who was smarter than you, or had a bigger nose, or tucked her sweaters in her skirts? Seriously- get a grip.