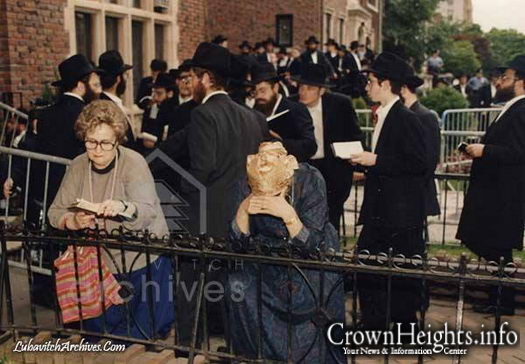 Many have tried to understand why the Lubavitcher Rebbe was so influential in his lifetime, and why his memory continues to be potent and inspiring now twenty years after his passing. Having studied the Rebbe’s life in detail for many years, I think I have arrived at at least one possible answer.

It wasn’t just the fact that he never took a vacation, or that he showed tolerance and love for non-observant Jews where others had shown disdain. It wasn’t merely his warm smile, his penetrating blue eyes or his saintly demeanor.

It was simply this: He was able to find solutions where others saw problems. And not only in spiritual and religious matters; people flocked to the Rebbe in huge numbers with questions in business, medicine and science. He advised people in their careers and in their marriages. And we consistently hear reports of an almost instantaneous, firm decision-making, devoid of rumination or consultation with others. The Rebbe was successful because his sheer confidence was edifying, and his solutions were practical and effective.

From studying his early life, it is not inconceivable where he might have acquired some of these skills, since his story is one of a genius surrounded by geniuses. His father was both an accomplished Talmudist, ordained by the illustrious Rabbi Chaim Brisker, as well as an unusually creative Kabbalist who penned thousands of pages of dense discourses. We know that at a young age, the Rebbe corresponded with Rabbi Yosef Rosen, the Rogathcover Gaon, an Einstein-like figure whose conceptual system revolutionized Talmudic study; and it is not impossible the the Rebbe may have encountered Einstein himself, who was active in Berlin at the same time the Rebbe was a student there. At the very least we know that the Rebbe was taught by several Nobel prize winners, some the greatest minds that theoretical physics has known.

This broad range of exceptional geniuses, engaging with the Rebbe’s own formidable intellect, led to a level of insight that was unparalleled.

What is truly remarkable, though, is that the Rebbe managed to channel all this information from the realm of the abstract to the tangible. This feat of synthesis, integration and application was achieved through drawing on Chasidic wisdom.

The Chasidic masters consistently taught how the most sublime ideas might be practically useful to the ordinary person, even in lower states of mind. This was no small feat. Conventional wisdom teaches that if an idea is to enjoy wide consumption it needs to be dumbed down as much as possible, but the Chasidic Rebbes honed the art of application of the sublime, by drawing insightful parables and by employing language masterfully.

By the time he ascended to the Chabad leadership in 1950, the Rebbe had spent decades plunging into some of the greatest abstractions of the human mind, coupling that with a focus on making the information useful and applicable. That is why he was able to see solutions where others saw problems, because, as Einstein once said, you cannot solve a problem with the same level of thinking that created it. The Rebbe constantly demonstrated the ability to raise the discussion to a new paradigm where previously imagined boundaries of possibility were shed.

Chabad has grown exponentially over the last twenty years because the Rebbe’s advice to his followers has proven effective. But I get the sense that we are just scratching the surface. From the tens of thousands of pages of letters and sermons which he left us, there are so many more life-enhancing applications to be derived. It would probably not be an overestimate to say that Chabad is currently implementing a mere fraction of the Rebbe’s vision. If we could squeeze out some more of that wisdom and articulate it in the contemporary paradigm to a broad audience, the potential for more sustainable growth, and human well-being would be staggering.

Chaim Miller is the compiler of the Gutnick Chumash, which made over a thousand discourses of the Rebbe accesible to the layman. He recently authored the bestselling “Turning Judaism Outward,” the first full Biography of the Lubavitcher Rebbe.

This op-ed appeared in the Jerusalem Post on Gimmel Tammuz and is reproduced here with the author’s permission.