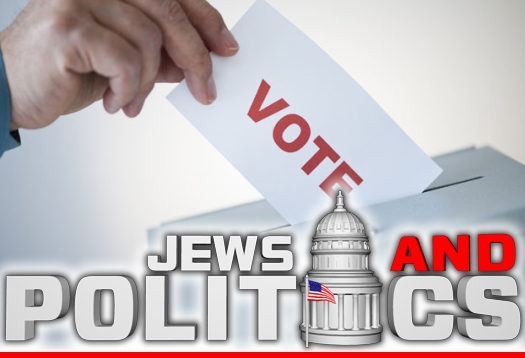 Jews and Politics: Why Vote?

In a day’s time New York City will settle one of the most interesting mayoral races we have seen in a while.

As a community, we must come together and support a candidate for mayor and city council.

The 35th city council district has seen a wide variety of candidates as well, all of whom are vying to become our next city council representative.

Now you might be asking yourself – why should this concern me as a frum Jew?

To answer this, we must first understand the significance of the relationship between the Jewish community and the executive branch of government.

The Jewish community has played a major role in American politics, ever since the election of the first president. Although many Jewish leaders resisted involvement in politics at first, for fear that it would harm the larger Jewish population in the country, the debate over slavery, religious freedom and other pertinent matters brought out a political voice within the Jewish community. At first many rabbis and influential Jews were hesitant to be openly vocal, but as the discussion over the issues continued to rage, members of the Jewish community began to step forward.

Ever since the civil war Jews have contributed in large ways to help solve many of the major social problems that faced this country.

Why did they risk their reputations, and at times their lives, defending matters that have little to no significance towards the Jewish community? Because if no one prevented this injustice toward, say, the African American or Irish community today – who will prevent it tomorrow when it is directed toward the Jews. Anti-Semitism was rampant throughout the 20th century, and, to a minor extent, continues to be an issue facing our community.

From the mid 20th century and onward, the Jewish community has become ever more involved in American politics, by actively participating in the civil rights movement, the anti-war movement, and various other causes. This has contributed to a more enhanced and developed approach to lobbying our political leaders – as a community – for reforms and new programs to help people.

The question many ask is – why should the average American Jew care who is elected to be our president, congressman, senator or mayor?

The ballot is one of the greatest tools of power that our founding fathers have given each and every individual American. No matter what faith or ideology one believes in, we were all given an equal opportunity to cast our vote for the candidate we feel will do the best job representing us.

Today more than ever, it’s important that we don’t just rely on whom our friends, family and Jewish organizations tell us to cast our vote for. For example, we may want a candidate who is a strong and vocal supporter of Israel, while others will look for a candidate who will focus more on jobs and the economy.

Voting for just any Republican or Democrat is not enough; you must ask yourself: “does this person fill the role that I am looking for in an elected official?”

Each and every vote makes a difference, and can dramatically affect an election – as we saw in the 2000 election between George W. Bush and Al Gore. This country is at a crossroads, and if we seem careless or uninterested – we can lead this nation down the wrong path, not just domestically, but internationally as well.

It is of extreme importance that we become more in-tune, as a people and as a community, to make sure our interests are being cared for.

So before you vote, ask yourself: “What will this candidate do for me?”

After spending some time researching the views and platforms of the two front runners for the city council race between Ms. Laurie Cumbo and Ola Alabi, I am throwing my support behind Ms. Alabi. I strongly believe that Ms. Alabi will be an ideal candidate who will serve the needs of our community.

“Always vote for principle, though you may vote alone, and you may cherish the sweetest reflection that your vote is never lost.” (John Quincy Adams)