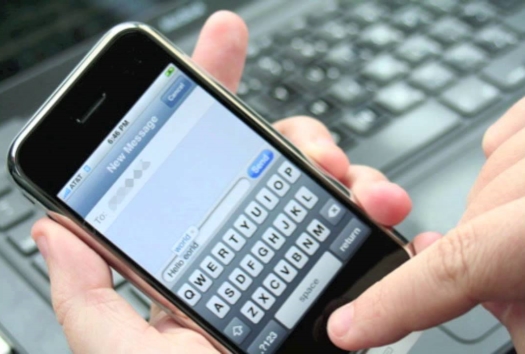 Op-Ed: To Send or Not to Send

After a lengthy trip abroad, combining some business with mostly pleasure, I’m back.

I’ve been doing some thinking & writing based on my re-introduction to US society….or what passes for society. It’s amazing how different the world is here! I came back to political scandals, gossip, violence and empty streets. Pollution, complaints, bad tempers, egos. Take-out food, rising gas prices, dirty streets, and fights (mostly verbal, either written or spoken.) And of course, constant references to Prince George!

Europe has its attractions. Generally speaking, I found the people to be extremely polite: no one stares, no one laughs at anyone – I saw an unfortunate young lady walk along a station platform in a state of disarray. Had I been on the platform I would have said something despite the language barrier, but other passengers never pointed fingers, snickered, or acknowledged her wardrobe malfunction. I am certain that in the US some kind soul would have eventually discreetly pointed out the problem, but only after hundreds of people enjoyed the spectacle.

Social media has a lot of responsibility for making people feel bad. The problem is (and I am continually telling my students this) what we say verbally is somewhat clarified by the tone of our voice. I remember hearing someone lean over a baby and in the “right” voice, tell said child “You are a disgusting, stinky little rodent.” Of course, the baby responded to the broad grin and cooing voice and grinned and flapped her arms in delight. But imagine posting this as a Tweet or on any social media site. It is taken seriously, because the tone, the intent isn’t there.

I am as guilty as anyone. I too have written things and because my “voice” wasn’t clear, what was intended as a joke was taken the wrong way. I’ve also been insulted by things I perceive as hurtful when the author assures me they weren’t. We all do it & sometimes, it can have catastrophic results. But at what point does a genuinely sincere response to a question become an insult? When are we “allowed” to post our opinions without fear that we start World War III?

Writing is a fantastic tool. It imparts knowledge & unlike direct speech, which may only impact a handful of listeners, writers reach millions (or so we hope!) But like I say, we need to review before we click that “send” button. A simple statement or question posed using ambiguous language can result in a barrage of responses that seem harsh and hurtful. The reality is, however, we are responding to our interpretations. And because the writer wasn’t clear, or careful in how she expressed herself, she feels she is bombarded with unwarranted criticisms. Then it becomes “bullying” or “attacking.”

It’s not just social media that causes this problem. Consider how we respond to emails at work. Today, everyone sits in a little cubicle, his own box, with little or no direct human interaction. With the click of a mouse, our communications are directed to possibly hundreds of other workers in real time (whatever that means.) We’ve all giggled & tut-tutted at the inappropriate emails that were accidently sent to bosses or co-workers by mistake, resulting in dismissal. It’s easily done, I suppose, if we don’t take the time to review everything before sending, including recipients.

So what’s the answer? Well, maybe the best thing is to shut ourselves down. Stop sending emails or posting on blogs. Hide in a corner. Never start a conversation. Never respond. Or perhaps we need to think before we post: Is my intent clear? Is my post open to misinterpretation? Am I hurting someone? Could I perhaps express myself in a clearer manner?

I’m talking to myself. Like I said, I’m guilty too and I apologize for any misunderstanding, yesterday, today, and tomorrow.

It’s good to be home!