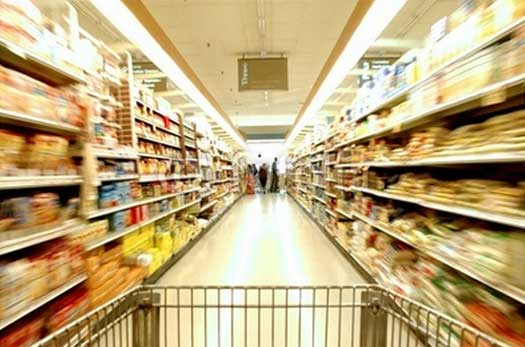 It’s a challenge just to walk through the door of my kosher supermarket in Crown Heights on a Thursday night—someone’s kid is usually standing in the entrance, blocking me. Inside, the place is jammed with shoppers, all making their pre-Shabbos purchases. It takes a veritable pas-de-deux for two people pushing the store’s old, unwieldy shopping carts in opposite directions to pass each other in the aisle.

I’ve gotten used to wearing a wig. I’ve gotten used to the extra chapters of Tehillim, and kindly explaining to people that although the restaurant they’ve suggested is kosher, it’s not kosher enough. I’ve even almost gotten used to walking through the fashionable neighborhood where I work dressed like somebody’s grandma in a mid-calf skirt and sweater set. But I don’t think I’ll ever get used to the slow pace of Hassidic life.

Nowhere is the unhurried cadence of life in Crown Heights more visible than at the supermarket on a Thursday night—and it’s where I learn how to really be a Hassid.

No one is ever in a rush. Everyone seems to have an unlimited amount of time and an uncanny ability to pull Shabbos dinner together at the last second. I possess neither extra time nor the ability to leave things until the last moment. I have an anxious, type-A personality. I delegate. I write lists. I rush. But here, I try.

It would be extremely un-Chassidish to push past the lady in front of me, who has stopped to gaze at the spice display and is blocking the aisle. I find myself apologizing whenever I pause to compare the prices of paprika. The truth is that I have no idea which brand of paprika is actually the cheapest per ounce because I’m so focused on not clogging up the miniscule passageway that my fellow shoppers are all trying to push through at the same time. Men with beach ball bellies and full beards, ladies in waist-length sheitels and short skirts, holy old widowers who are forced to buy J&J Cholov Yisroel yogurt and $12 jars of Nescafe for themselves—they must all pass the spice racks to get to the meat section.

But sometimes people just stop in the middle of the aisle, which we all know is narrow enough without a human blockade. They’re not picking items from the shelves or having conversations with fellow shoppers—they just stop in a particular Hassidic supermarket reverie. Are they suddenly realizing that the molecules in the jars of Gefen mayonnaise are being moved by a higher power? Are they rapt in wonder that the Lieber’s canned corn and the Ben-Z’s tuna fish are all part of Ein Od Milvado?

It’s not the restrictions and customs of being Hassidic that I find difficult. What’s difficult for me is acting like a Hassid. Having absolute love for my fellow Jew requires total self-control, which I must summon completely when shopping erev-Shabbos.

If anyone tells you that it’s easy to be a Hassid, she’s either extremely spiritually tuned-in, or she’s never shopped at my kosher supermarket on a Thursday night.