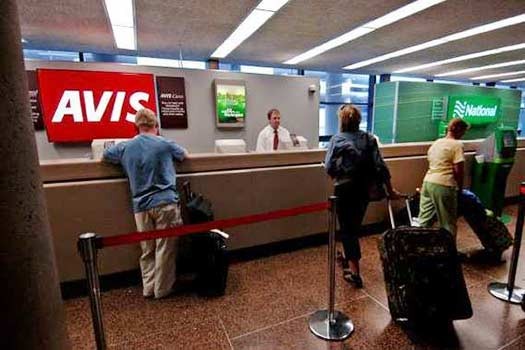 One of the largest rental car companies has apologized to an Israeli customer for refusing to rent him a car, which the customer felt was because of his Israeli nationality.

Dov Bergwerk, a senior vice president at the Israeli pharmaceutical conglomerate Teva, arrived at the West 76th Street and Broadway Avis branch expecting to receive his rental vehicle, which he had done numerous times in the past, but was rebuffed once he presented his Israeli driver’s license.

He was informed that Israeli identification was not recognized by the car-rental giant, despite having been a customer with the company for over a decade.

After arguing with both the employee and then a branch manager at the facility, Bergwerk called the company’s customer service hotline, which confirmed that the company does in fact accept Israeli identification, including passports.

The Observer – which first broke the news – asked Mr. Bergwerk if he felt that, in the heart of Manhattan’s progressive activist community, he was being singled out for being an Israeli.

“While no direct reference was made to being anti-Israel, that was my impression almost from the initial moment I presented my license and credit card as I have done over 15 years of business and leisure travel without ever being challenged. The agent stated that the Israeli license did not have the required info in English. I tried to demonstrate that the license had all the required info but she and the manager had no interest. Similarly, the fact that I have had many rentals at Avis and at this location was dismissed as having been ‘done by new employees.’”

After the news broke Avis took to its facebook page and accused Mr. Bergwerk of “unfairly maligning us with unfounded accusations.” Only to later delete that post and replace it with an apology post: “We have spoken with the customer and apologized for the misunderstanding that occurred as a result of this inconsistency in applying our documentation policy.”

Many have replied to Avis’s posts with anger “Are you kidding. This is a customer you’ve had for 15 years. Unless you get this right I will never be doing business with you again,” wrote one person, who was among some 800 commenters before the post was removed.

A change.org petition was also started calling for the firing of the two employees, gaining some 1,200 signatures in just a few hours.