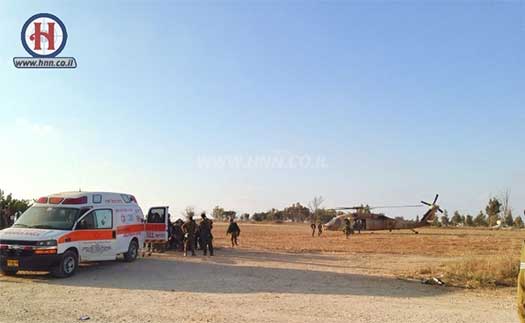 The IDF soldier who was injured by a bomb thrown by Arab rioters in the Gaza Strip Sunday has been identified as Yoadd Zaguri, an American immigrant and lone soldier.

An explosive device thrown at a group of soldiers exploded near Zaguri, injuring him.

Doctors say Zaguri suffered an injury to the esophagus, and had to undergo surgery to treat his injuries.

Hezi Levy, director at the Barzilai hospital in Ashkelon, said the surgery had been successful.

“The soldier underwent a long surgery, and we treated injuries to his esophagus. Thankfully, his trachea and surrounding blood vessels were not harmed. Right now he is unconscious and on assisted breathing.”

Zaguri, who grew up in Los Angeles, immigrated to Israel to serve in the IDF. He currently lives in the northern coastal city of Haifa.