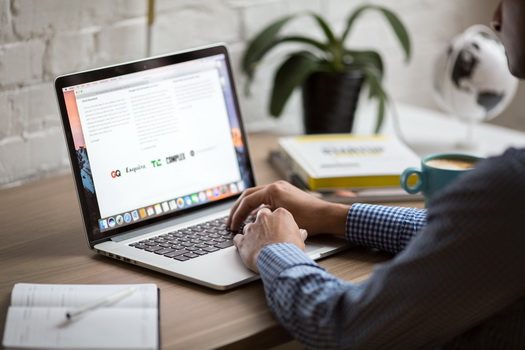 We are celebrating the 1st anniversary of our friend’s, Sholom Mordechai Rubashkin’s, miraculous release from prison. His case was the cause célèbre of the entire Frum community, and of our allies in the secular and even non-Jewish worlds. Rubashkin’s release was celebrated in a manner never witnessed before in American Jewish history.

Growing up in the tough neighborhood of Crown Heights we are often left frustrated about how crime is handled by the authorities. From the street cops, to the District Attorney’s office, and to the judges’ chambers, time and time again we are left with the feeling that criminals get away with everything; and, that feeling (which has some merit to it,) leads many of us to become tough on crime and part of the lock ‘em all up club.

Once in a while an incident comes up that makes us question our blind allegiance to the harsh criminal justice system. Two incidents come to mind specifically. The first is at the federal level, the witch hunt prosecution of Sholom Rubashkin, and the second is at a more local level, the incident that took place several years ago here in Crown Heights at the Aliyah Institute.

The Rubashkin case was a clear attack on an individual and his business that was vengeful from day one. Led by different activist groups who fed a hungry media and egotistical government officials, the ultimate result of his case was a Midwestern town having its economy decimated and a good man locked up for, essentially, a life sentence in harsh conditions (not in what is called a country club prison).

In the Aliyah Institute case our community got to experience genuine police brutality and document falsifying up close. The victim in that case, a close friend of mine, was only saved due to some lucky video footage. You can see the original story Here.

These two examples highlight why we can’t always assume that the police and prosecution system is always correct, it isn’t. Many people are arrested for crimes that they didn’t commit or that they were only bit players in, and the system, out of laziness or a desire for good headlines, throws the book at them.

The previous Brooklyn District Attorney Ken Thompson, set up an entire committee to look at old cases, and in several instances he got courts to throw out certain cases, and release convicts already in prison for dozens of years. Among those cases were prosecutions related to the murders of Frum people in the early 90’s, and it’s scary to think that the real perpetrators behind those attacks may still be at large due to the botched investigations.

Our Rebbe on many occasions called for the U.S. Criminal Justice System to be about true justice and true rehabilitation of convicts. The Rebbe even created organizations to assist prisoners, mainly to prevent Recidivism (you can reach out to the N.Y. Tzach office, and to the Florida based Aleph Institute for more info). Because we have clear direction from our Rebbe, and in general we are known as a merciful people, it doesn’t make us liberal or weak on crime to support laws and other tweaks to the system that will lead to better outcome for prisoners while they are behind bars, and for when they will be released back into society.

Right now there is a bill waiting to be voted on in the U.S. Senate called the ‘First STEP act’. This bill has already passed the house with tremendous bipartisan support, and has the full backing of President Trump. If Senate Majority leader Mitch McConnell brings it to a vote it will be passed and signed into law.

This bill primarily deals with additional educational opportunities and good behavior plans for non violent federal inmates that would, in some cases, help them get early release through ‘good credits’. It would also allow judges more room for leniency when handing down sentences. This bill has many promising benefits and, surprisingly, has tremendous support from elected officials and nonprofits that almost never agree on anything.

Besides for Senator McConnell a couple of senators with close ties to our community, namely Marco Rubio in Florida does not support the bill, while Ted Cruz of Texas now officially supports the bill. If everyone gets behind it, the bill would most likely pass and be signed into law before the current session of congress ends in under three weeks from now. If it isn’t passed now this bill would most likely not be passed for many years to come, though hopefully that will not be the case.

It is important for our community to stay on top of these issues and not to be scared to voice support for laws that are proper and could directly affect our community. We were all shocked when a vicious federal Judge sentenced Sholom Rubashkin to 27 full years behind bars. Under current laws, the earliest he could have gotten out would have been after serving at least 26 and a half of those years. There are thousands of prisoners who are serving similar draconian sentences that deserve more opportunities for early release and should be helped to achieve that goal. Putting prisoners on a path to re-enter society with job skills and proper addiction counseling will make our neighborhoods safer and also have major economic perks. The ‘FIRST STEP act’ is a bill each of us should support in whatever way we can.

The United States is the land of the free and we do have the best system of checks and balances from any other country currently in existence. That being said, mistakes do happen and we should always strive to improve. The First Step act is an important stride to improvement that will not only help the incarcerated and their families, but it will also allow the government to spend more time going after really violent and unrepentant criminals, making our streets really safer.