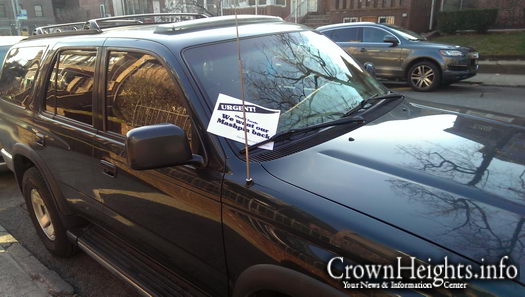 This morning, all over the Crown Heights neighborhood, residents approached their cars to find a flyer on the windshield protesting the recent firing of a Mashpia in Oholei Torah.

We want our Mashpia back

-The Talmidim of Oholei Torah