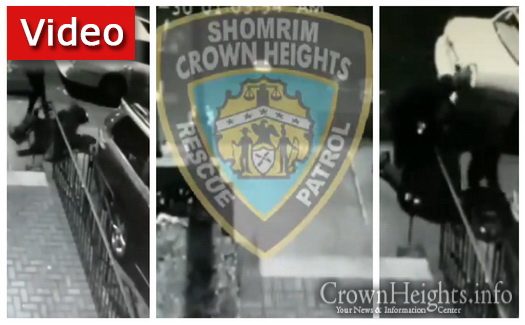 Two Jewish men were left bloody and beaten following a vicious gang assault spree in Crown Heights Tuesday night. The NYPD has arrested two members of the gang, and is searching for a third.

The beatings occurred a few minutes after 1:00am on President St between Albany and Troy Ave, when the gang of three began targeting Jewish men on the block.

Shomrim, working with the police, were able to bring both victims to the 71st precinct where they positively identified their attackers.

No words were spoken during the beatings, and the gang did not attempt to take any belongings from the victims.

Video footage of one of the assaults was obtained by Crown Heights Shomrim.

NYPD Hate Crimes Task Force will be investigating the assaults.

#HappeningNow great response and #Collaboration by @NYPD71Pct and our Vol two under arrest for vicious assault. One outstanding Perp at this time #TeamWork pic.twitter.com/Jzfdq570WP