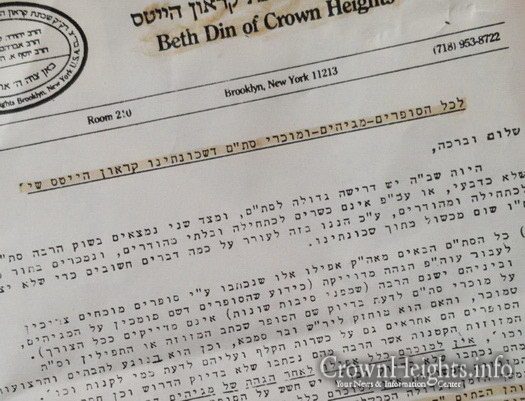 A letter published by the Beis Din of Crown Heights addressing low quality and questionable Mezuzos and Tefillin has surfaced on social media. The letter is dated Chof Daled Kislev, 5747.

A letter signed by the Beis Din of Crown Heights has surfaced on social media that discussed low quality tefillin and mezuzos sold by Crown Heights Sofrim.

These guidelines include placing responsibility of quality of the mezuzos and Tefillin on the sellers of STAM in Crown Heights.

One of the guidelines required all mezuzos sold in Crown Heights to be double checked by a “Magiah” before being sold.

They also banned the sale of the smallest mezuzos that are too small to have “Tagim.”

It’s important to note that the mezuzos involved in the scandal were not of those banned by the Rabonim.