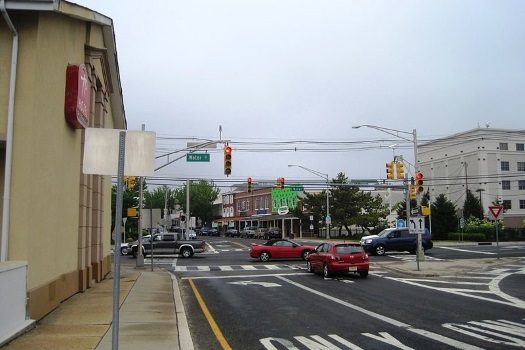 from the Shore News Network:

The Toms River Chabad has filed a civil rights lawsuit against the township for the town’s denial for a variance to allow the chabad to legally operate at its Church Road location.  They are being represented by D.C. based law firm Storzer & Greene who most recently spoke against a Jackson Township ordinance prohibiting dormitories.

“This action is commenced by Plaintiffs to redress violations of civil rights, as protected by the Free Exercise and Equal Protection Clauses of the United States Constitution,” the lawsuit alleges.

The firm claims the township’s actions against the Chabad were motivated by significant anti-Semitic hostility by town officials and the local community and directly contrary to state law, the township and zoning board have prohibited the Plaintiffs’ use of the property as a clergy residence, which involves the single-family residence of Rabbi Gourarie and his family, small weekly prayer services of 10-15 people, Hebrew study for five children for two hours per week, and sporadic other small religious gatherings.

The Chabad’s property is located directly adjacent to an American Legion hall, a Christian church, and a large college.

The lawsuit also cites Toms River Mayor Thomas Kelaher’s statement of the Orthodox growth into his community as “an Invasion”.

“These recent actions to shut down the Chabad took place during a rising tide of anti-Semitism among the Toms River government and population, fearful that the ultra-Orthodox Jewish community located in adjacent Lakewood Township will extend into Toms River,” the suit reads.  “In March 2016 the Township’s Mayor, Thomas Kelaher, was recently quoted as describing ultra-Orthodox Jews moving into Toms River as an ‘invasion’.”

“Further, an Assistant Township Attorney made a following statement regarding an anti-solicitation ordinance designed to prevent ultra-Orthodox Jews from purchasing homes in Toms River, which reads in part: ‘[D]ealing with this situation is much like a chess game. Every action seems to be countered in one way or another. That is why it requires a collaborative effort between concerned citizens and the governmental apparatus.’,” the suit continued.

The suit also quoted comments made online by those who opposed the presence of the Chabad.

Significant evidence of the anti-Semitic hostility of such “concerned citizens,” which often was directed at the Chabad’s religious use, has frequently appeared online in petitions, on social media and news websites, where statements referred to ultra-Orthodox Jews and/or the Chabad’s use as “cockroaches,” “trash,” a “cult,” “he-brews and she-brews,” a “Jewish conspiracy,” “disgusting phonies,” a “joo school,” “damn jews,” “dirty,” and a “disease,” among many other negative epithets. As one Toms River resident stated regarding the Chabad’s zoning request, “Keep these damn jews out of Toms River.. There will be issues if this passes… I promise.”

In the end, the Chabad is claiming that their use as a religious facility should not be prevented, which is located on Church Road, a historic thoroughfare through the northern portion of the township where many places of worship, businesses and professional offices have existed for decades, but the township instead succumbed to a growing wave of anti-semitism within the community.