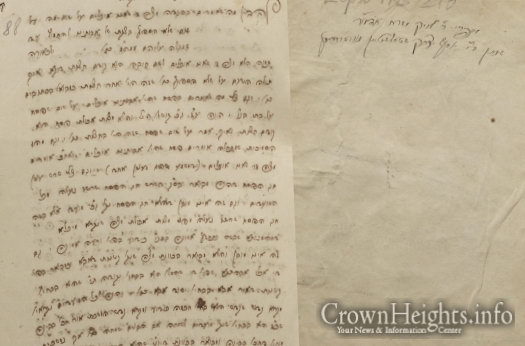 Kehot Publication Society, the Chabad-Lubavitch publishing house, has announced the publication of a lengthy and fundamental discourse-maamar by the second leader of Chabad, Rabbi DovBer of Lubavitch, known as the “Mitteler Rebbe.” This never-before published maamar, entitled “Matzoh Zu,” was delivered 192 years ago, and was recently discovered.

A facsimile of the manuscript is now contained in the Central Chabad-Lubavitch Library of Agudas Chabad, at Lubavitch Headquarters in New York.

Remarkably, in 1878, the fifth Rebbe, Rabbi Shalom DovBer of Lubavitch (aged 17 at the time) wrote a letter to his friend and Chasid Rabbi Yaakov Mordechai Bezpalov of Poltava, beseeching him to locate and acquire for him a copy of this maamar.

The discourse discusses, at length, the essential character of matzoh, and the difference between the two types of matzoh baked by the Jewish people upon leaving Egypt: before midnight and after midnight; the spiritual service of Pesach and of sefiras haomer and the preparation for receiving the Torah on Shavuos.

In discussing these topics, the maamar explores two levels in emunah (faith): one that is compared to that of a child who recognizes its father because he was born to him, and a second, higher level, in which the child appreciates the fact that his very soul is dependent on that of his father’s soul. It was this second level of faith that was revealed to the fledgling Jewish nation as they exited Egypt in the morning following midnight of the 15th of Nissan. This emunah, says the Rebbe, is extant in the heart of every single Jew, regardless of stature and level of identity.

Another subject elucidated in the maamar is the foundational concept of dira betachtonim, explaining how the highest levels of G-dliness are to be found in the lowest levels of creation.

The discourse was expertly prepared for publication by veteran scholar and editor at the Chabad Research Center (Otzar Hachasidim) Rabbi Alexander Z. Piekarsky, who added copious notes and glosses to the discourse. Publication of the discourse was made possible by a grant from Rabbi Dovid Fischer, an important benefactor of the Kehot Publication Society. It was published in honor of the engagement of his granddaughter Ms. Sarah Katz, to Rabbi Peretz Kaplan.

Following are some samples from the discourse:

“…We find that men, women and children, even the simple among them, instinctively call out to G-d “Father!” or “Mother!” This not an external expression, but one that is deeply rooted in an essential bond with the essence of G-d that exists within every soul. This bond is equal in all souls, and is revealed only from time to time.”

“… People complain about their spiritual plight, that although they spend time in contemplation of the greatness of the Creator, and are moved to a desire to come closer to G-dliness, yet they find that they have not advanced from their static level. They are still fully laden with their desires for corporeality: material pleasures, seeking of honor and money. If they just are honest with themselves they see the truth as it is, not having moved even a hairbreadth in the direction of subduing his animal tendencies, and thus, they figure that their contemplation (hisbonenus) was faulty and fraudulent. This, however, is untrue, because…”

The discourse is available for purchase at http://store.kehotonline.com/prodinfo.asp?number=HMR-MATZ. 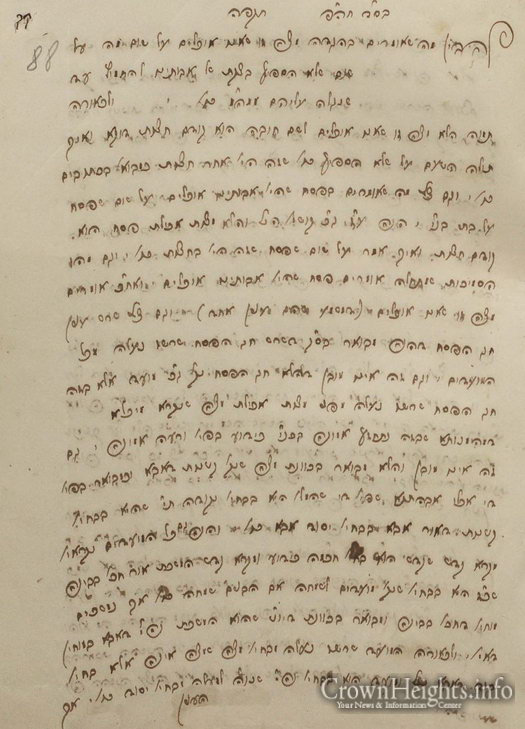 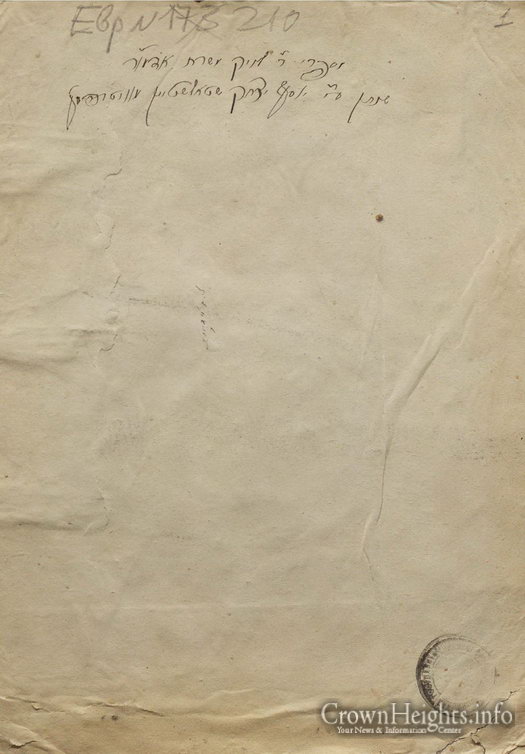