« Here’s My Story: Never on Friday!
1 to 2 Inches of Snow Expected Today » 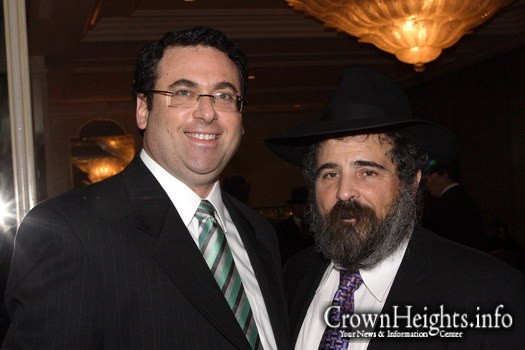 A California lawyer who represented Chabad of the Valley after they were sued over a decade ago wrote the following letter to CrownHeights.info in honor of the upcoming Shloshim of its founder, Rabbi Yehoshua Gordon, OBM:

My name is Baruch Cohen and I am a civil trial attorney in the Hancock Park section of Los Angeles, CA, with a heavy emphasis on bankruptcy and Bais Din litigation.

I had the great honor of representing Chabad of the Valley for years, under the guidance of Rabbi Yehoshua Binyomin “Josh” Gordon, zt”l.

During the break in the deposition, when we recessed, Rabbi Gordon pulled me to the side to get my impressions as to how he was testifying, and my strategies about our defense, when all of a sudden, out of nowhere, he changed the subject, and curiously asked me if I knew whether the trustee’s counsel was Jewish. I responded that I had no idea if he was Jewish, as the lawyer’s name was not a recognizably Jewish name. “But why on earth, does that matter, as we’re staring down the barrel of a litigation gun right now, getting closer and closer to trial, with the threat of a summary judgement motion about to be filed?”

Rabbi Gordon was not swayed by my answer and continued; and told me that during the deposition, while being questioned, he detected something “Jewish” in the way the interrogator was asking him followup questions about Chabad; and that his “Ahavas Yisroel Radar” was always “on” even in tense situations like this. “I sensed his Yiddisheh Neshama. I could be wrong, but I don’t think I am. I think he’s a Yid” he told me. And on that note, Rabbi Gordon announced that our lunch will have to wait, as he needs to run and get something from his car that is parked in the subterranean parking structure. I assumed that Rabbi Gordon was running to his car to bring me documents that would help us in our defense of this case.

I waited for Rabbi Gordon to return in the building’s cafeteria where I started eating my lunch by myself. Rabbi Gordon returned with no documents, but rather a Tefillin bag and a twinkle in his eye, telling me: “If he’s a Yid, I want to put Tefillin on him. Baruch, let me do this. I know what I’m doing. This is very important to me” To which I responded: “Are you out of your mind? This is not the time or place for this. May I remind you that you’re on the defensive here? Get off the Tefillin idea and let’s get focused on the case….” My arguments went nowhere, Rabbi Gordon took his Tefillin bag with him back up to the conference room when the deposition resumed.

During the last hour of the grueling deposition, while on the record, Rabbi Gordon politely asked the trustee’s counsel how old he was and if he was Jewish. “Excuse me? I’ll ask the questions here, and you’ll answer them” was his stern reply. At which point, I put my head in my hands, fearing where this was going. Rabbi Gordon was undeterred: “Fine. I’ll answer your questions, but can you please answer mine: are you Jewish?” The trustee’s counsel instructed the stenographer to go “off the record” so the conversation could continue.

Annoyed, the trustee’s counsel responded that he was in his late 50’s, and indeed was Jewish, but not observant like we were – and can we please go back on the record to resume the deposition? Rabbi Gordon reaches for his Tefillin bag, explained what Tefillin is, and asked the lawyer if he had ever put one on before. The trustee’s counsel was getting more and more irritated by Rabbi Gordon’s line of questions, and didn’t want to engage Rabbi Gordon about his heritage, and responded in a stern tone that he never put on Tefillin, insisting that we go back on the record, and resume the questioning.

Rabbi Gordon was undeterred. He was amping up: pushing the envelope, and asked the trustee if Rabbi Gordon could put Tefillin on him now, at the deposition. I could not kick Rabbi Gordon under the table to signal to him to stop (as I was convinced it would have been a waste of my time). The trustee’s tone was now forceful that the Jewish-Tefillin conversation has come to an end, he made it very clear that he didn’t believe in whatever Rabbi Gordon was “shoveling” and he absolutely refused to participate in the Tefillin ceremony. At this point, the trustee was getting very upset and went back on the record and resumed and completed the deposition.

Two months later, we were in bankruptcy court on the hearing on the contested motion for summary judgement brought by the trustee. The bankruptcy judge’s tentative ruling was intentionally vague as to who would win the summary judgement, and during the hearing, the bankruptcy judge asked Rabbi Gordon what the halacha was on whether creditors had the right to recover charitable contributions from the charity. With no notes and no preparation, Rabbi Gordon rattled off a halachic analysis on the subject that would make any Talmid Chochom blush. It was absolutely brilliant, incredibly well organized and he cited several commentaries on the Shulchan Aruch, charting the Halachic development. I was totally floored at his unrehearsed presentation to the judge, as I had no idea Rabbi Gordon had such a breadth of knowledge in the highly specialized area of the Choshen Mishpat dealing with complex monetary disputes. The judge was very impressed, pleased and satisfied with Rabbi Gordon’s impromptu presentation, returned to business, and encouraged the parties to go out into the hallway and try to settle this case before she is forced to rule on it, which we did.

After hours of tense negotiations in the hallway of the courthouse, we were still miles apart – in terms of dollars – from settlement, when Rabbi Gordon grabbed my arm, winked at me and I saw that disturbing twinkle in his eye again, and he announced that he would accept the Trustee’s final settlement demand on one condition: that after the settlement consummates and finalizes, that Rabbi Gordon would have the privilege of putting Tefillin on the Trustee’s counsel; to which he agreed on the explicit condition that no cameras be present when he puts on Tefillin. And thus ending years of contested litigation over a handshake.

The settlement was finalized, monies were paid, and Rabbi Gordon subsequently went to the Trustee’s office to close the deal – to put Tefillin on him for the 1st time in his life. Rabbi Gordon explained to me later, how significant and important it was to him to put Tefillin on that Jewish lawyer from Century City. “Reb Baruch, the lawsuit seemed secondary to me at that moment. Believe it or not, it was insignificant. All that mattered to me right then and there, was to put Tefillin on my fellow Yid.” Had I not witnessed this myself, I probably would not have believed such a story.

I realized that Rabbi Gordon’s intuition was obviously correct and his “Ahavas Yisroel Radar” was properly calibrated.

Our professional relationship and friendship continued for many years. Rabbi Gordon was a great client, he became my chavrusah, and a very very dear friend. In my darkest hour he dove in to my soul with laserbeam accuracy to console and comfort me during my aveilus. He knew what to say, and how to say it. His business ethics were beyond impeccable. He only feared God, and feared no man. He will be missed sorely.

« Here’s My Story: Never on Friday!
1 to 2 Inches of Snow Expected Today »