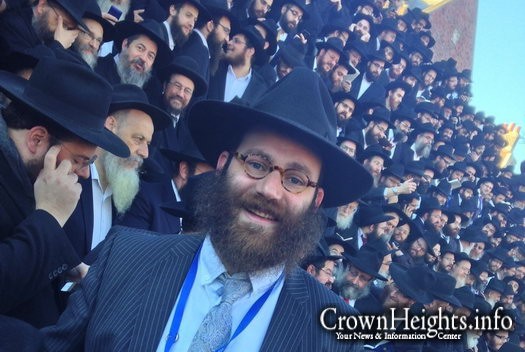 London’s Heathrow Airport issued an apology to a Chabad Shliach today, Wednesday, after he was told by an airport employee to remove his shoes inside the airport’s multi-faith prayer room.

Chabad Rabbi Shmuli Brown landed at Heathrow from New York on Tuesday and went to the airport’s multi-faith prayer room to say morning prayers before catching his connecting flight to Manchester. Brown, who is a rabbi at Liverpool University, told the UK’s Jewish Chronicle that he was stopped by “a person in uniform, though I am not sure from what department,” who entered the prayer room and asked him to take off his shoes, as is the custom in mosques. Rabbi Brown later said on Twitter that the man was a “Muslim worker” at the airport.

“I replied that it was a multi-faith room, but he just told me again to take my shoes off,” Rabbi Brown said. “He gave me an uncomfortable feeling and made me feel very unwelcome, so I left the room.”

After the incident, the Chabad rabbi took to Twitter and asked Heathrow Airport to fire the worker, whom he described as “very unwelcoming.” He also told the Jewish Chronicle he wants Heathrow Airport to “make it very clear that this is a multi-faith room that caters for all religions, and is not just a mosque.”

Heathrow Airport responded on Twitter by saying, “We apologize for this experience and are dealing with this right now.” The airport also asked Rabbi Brown to provide a description of the worker and the time that the incident occurred.

Rabbi Brown contacted Heathrow airport’s Jewish chaplain, Rabbi Hershi Vogel, who told him he was not the first person that this had happened to. The Chabad rabbi said the incident was the first time he tried to use a prayer room inside an airport, and because of what transpired, he will not be doing so again.

He explained, “I am very much into displaying my Jewish pride, so I won’t be going into a small room and cowering in the corner.”