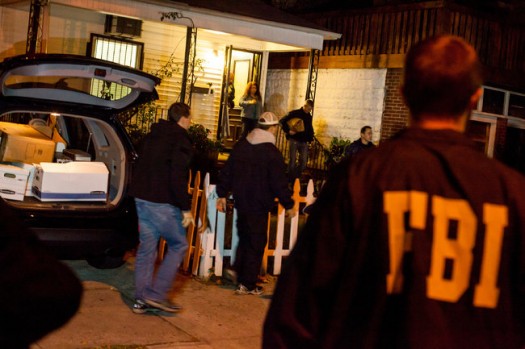 Rabbi Sholom Shuchat, a Crown Heights father of two young children, has pleaded guilty in Federal court to taking part in a scheme to kidnap an Orthodox Jewish man and force him to give his wife a Get. He faces a maximum of 20 Years in prison.

Sholom Shuchat pleaded guilty in federal court in Newark on Monday to traveling in interstate commerce to commit an act of violence. The crime carries a maximum 20-year prison sentence.

He was one of several men, including two rabbis, who were arrested last October. One of those rabbis, Mendel Epstein, and his son, David Epstein, both of Lakewood, were indicted in May for the roles prosecutors say they played in the plot, threatening to use electric cattle prods on the men to force them to grant their wives a get, a religious document needed for an Orthodox Jewish divorce.

Shuchat and the others allegedly drove to Edison where they thought they would encounter the husband, but instead were arrested.

Four other men who were part of the arrests last October — brothers Avrohom, 34, and Moshe Goldstein, 31, along with Simcha Bulmash, 30, and David Hellman, 31, already pleaded guilty to extortion charges.