Parade organizers have asked Crown Heights residents not to park on Kingston Ave. between President and Eastern Parkway as well as in the Eastern Parkway service lanes over Shabbos. Preparations for the Parade will begin immediately after Shabbos, and cars parked there will cause delays and will have to be towed.

The Parade office has released the official Parade map for this year, and have asked all schools and guests to familiarize themselves with their designated seating location.

“There will be thousands of people here on Sunday, and it will help for everyone to know exactly where they should go,” said Rabbi Shimon Hecht, Parade chairman.

Registration is still open for seats at the Great Parade. For more information or to book your seats, please visit www.thegreatparade.com. 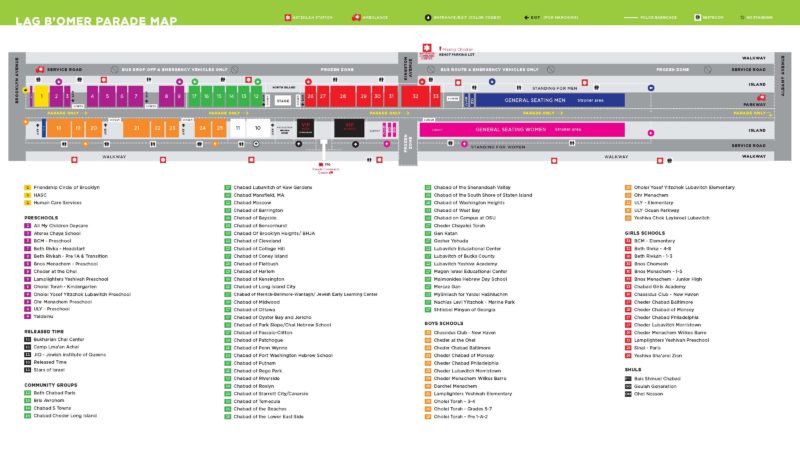