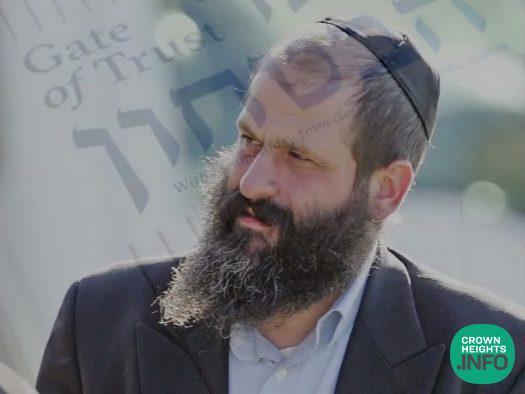 A brand-new Benny Friedman song is taking the world by storm. Here’s the unexpectedly empowering story behind it.

The Aleph Beis Gimmel Center needs to expand. Its work is vital, and so much more could be accomplished with additional space. More Shiurim giving men the strong foundations of Emunah and Bitachon. More classes for women, applying the Torah fundamentals to emotional well-being and issues like anxiety, depression, and trauma. More uplifting Shabbosim and Shabbatons with the inspiring Rabbi Rubashkin.

His classes and Shiurim are attended in person by close to 300 people a week, They’re recorded and broadcast live to countless more. The Center has enough space to host up to 30 people, and it’s frequently at capacity.

It’s alot, but it needs to be much, much more. The opportunity to expand presented itself, and they need help to capitalize on it with a crowd-funding campaign.

R’ Sholom Mordechai Rubashkin, in his inimitable style, decided on Friday – this past Friday! – that a song would be a help in spreading the word. This is the kind of thing that takes 4-6 weeks under normal circumstances.

He called his daughter Roza Hindy Weiss to help pull it together and called his son Getzel to help with the lyrics. Dutiful and dedicated, they both took the project on, trusting in Hashem to grant His Bracha to their efforts.

Roza Hindy started looking for a composer and naturally started with the gifted, accomplished composer, Yitzy Waldner, who wrote Aleph Beis Gimmel, among a large catalog of other hits.

He knew the worthiness of the cause and was happy to be of assistance. He heard her request, which was not out of the ordinary, but when he heard the timeframe, he burst out laughing. It was crazy, but with Hashem’s help, nothing is impossible. He got right on it, contributing the bulk of his time for the cause.

Next, they needed a singer. They turned to Benny Friedman, who needs no introduction. Once a ben bayis by R’ Sholom Mordechai and also always willing to help any good cause, Benny gave the song a listen and signed on wholeheartedly.

Rounding out the team, was Doni Gross, the man behind many popular Jewish hits. With the powerhouse team of Yitzy and Doni – creating the music, refining it, mixing it – the song started to come together. Doni recorded Benny’s vocals in his studio and put his best people on the music – even taking advantage of the time difference and having people in Eretz Yisrael work while we slept to have the song ready. They themselves worked hours past midnight, and even returned to the studio the next day, not settling for less than perfection.

Their hard work resulted in a masterpiece, and Getzel couldn’t leave it as just a song. Throwing himself at the new task of creating a music video, he managed to put together a stunning video to complement the stunning song.

In three days, they pulled together a hit song and music video – a task usually measured in months. There could be no greater advertisement for the Aleph Beis Gimmel Center and the message that if we only do our part to the best of our abilities and trust in Hashem, we will see miraculous success beyond our wildest expectations.

Aleph Beis Gimmel was founded to teach people how to live that way in every area of their lives. We could all use that ourselves and now is our opportunity to help Rabbi Rubashkin teach it to others. Please support this organization now: https://raisethon.com/alephbeisgimmel/