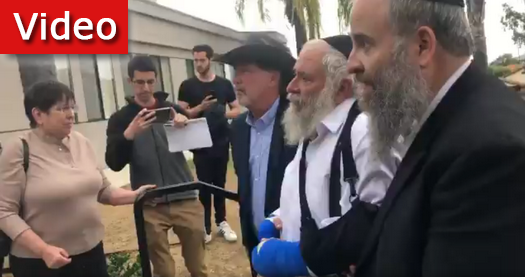 Watch the tearful and emotional moment as Rabbi Yisroel Goldstein, discharged from the hospital, returns to his Chabad House. Rabbi Goldstein also told reporters that he had received a phone call from President Trump at his home.

Congregants clap welcoming their Rabbi back to synagogue in Poway. Rabbi Goldstein’s hands were shot up by gunman in #synagogueshooting. His right index finger had to be amputated. pic.twitter.com/sm8AWkrith