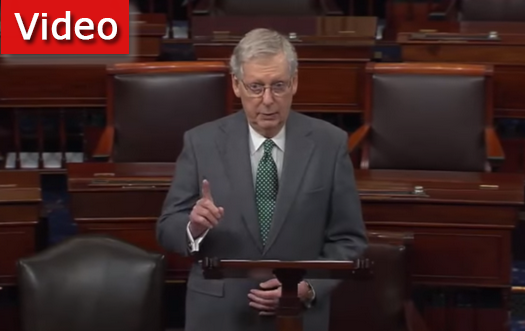 Senate Majority Leader Mitch McConnell delivered a scathing rebuke to Congresswoman Ilhan Omar, while calling out the Democrats for simply looking to pass a “symbolic resolution”.

“If House Democrats wanted to, they could pass real legislation to take action against anti-Semitism and shore up America’s relationship with Israel. I know they could — because last month the Senate did just that,” McConnell said.

“The House should take up and pass S. 1, the bipartisan foreign policy legislation that the Senate passed last month, 77 to 23. That legislation walks the walk. It supports Israel and gives local communities the flexibility to combat the so-called ‘BDS movement,’ which is a kind of anti-Semitic economic warfare that opponents of Israel are trying to wage against the Jewish state.”