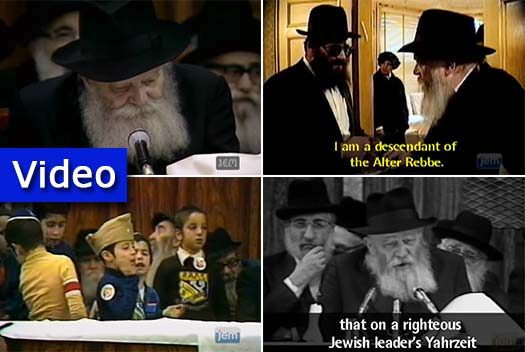 The 24th of Teves marks the passing of the founder of Chabad, Rabbi Schneur Zalman of Liadi. The Alter Rebbe passed away shortly after reciting Havdalah at the end of the Shabbos.

At the time, The Alter Rebbe was fleeing Napoleon’s armies, which had swept through the Rebbe’s hometown of Liadi three months earlier in their advance towards Moscow. He was 68 at the time of his passing, and was succeeded by his son, the Mitteler Rebbe.

JEM presents a playlist of videos connected to the Alter Rebbe and his Yahrtzeit.