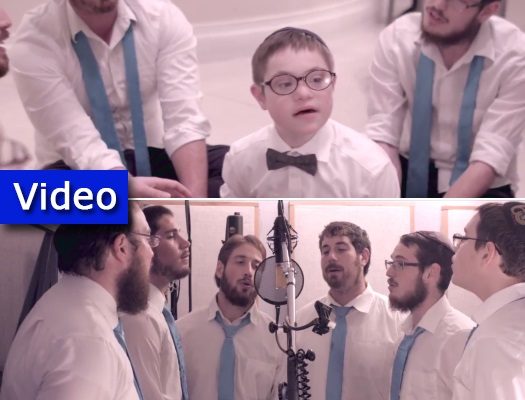 Simcha Dubov, the special son of Rabbi Sholom Ber and Devorah Leah Dubov, Shluchim to Orlando, Florida, recently celebrated his Bar Mitzvah, where he surprised everyone with an inspirational speech that touched everyone’s hearts. His six older brothers, Levik, Sruly, Mendy, Tzviki, Dovid and Tzaly, had a surprise too: a song they all recorded together just for him.