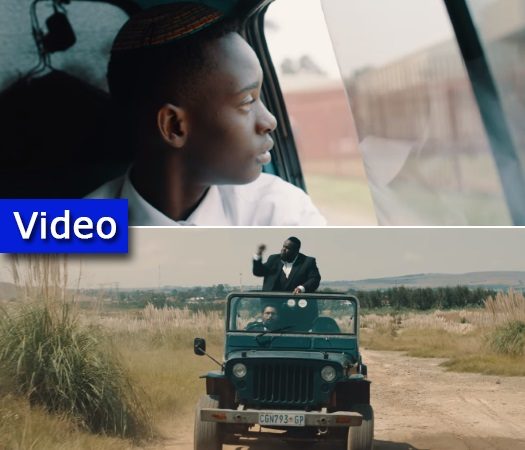 Filmed in South Africa, Fly Away is the message of a young teen who is part of a community of converts to Judaism living in the slums of Johannesburg, where basic necessities like running water and electricity are nothing more than a dream and violence and fear are part of the daily diet. Against all odds, the light of Judaism burns brightly with his soul, giving him the confidence to believe that, like Nissim, he too will one day able to emerge from a cocoon of darkness into a world illuminated by the beauty of a life filled with Torah.

Fly away is accompanied by a music video directed by renowned director and producer Daniel Finkelman who wrote the script in collaboration with producer Shlomi Cohen.

Having grown up surrounded by wrinkling adversity, Nissim’s lyrics and music come straight from the heart, inspiring listeners to rise above their circumstances, follow their dreams and dare to do the impossible. Nissim has already made a huge mark in the Jewish music world in two previous music videos, collaborating with Israeli superstar Gad Elbaz and director Daniel Finkelman of Sparks Next in Hashem Melech 2.0 and L’chaim, both of which went viral on YouTube.

“Nissim has become a role model for so many, achieving so much against all odds,” said Finkelman.  “Having experienced a similar journey, his message here is don’t feel like you are stuck in life.  Let go, break your boundaries and fly away because the possibilities are endless.”

Fly Away is being released in conjunction with Nissim’s highly anticipated album, Lemala. An original Nissim composition with arrangements by Yosef Brown and Yisrael Laub. Fly Away is directed by Daniel Finkelman with executive producers Adam Margules, Shlomi Cohen of HOSHEN Productions and EOM Travel , specializing in discounted premium travel.