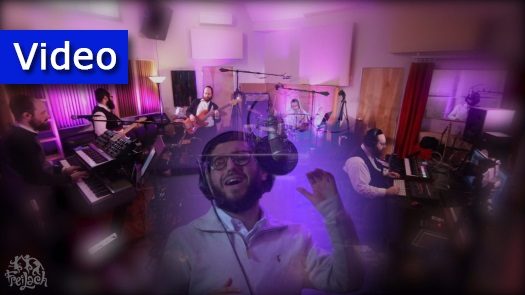 Levi Cohen, originally from London, is a rising new star in the Jewish music scene, who has just produced his first music video –  a beautiful version of “The 8th Note” by legendary composer Yossi Green.

For Levy’s first music video, Producers Naftali and Shragi Schnitzler reached out to the Freilach Band who seamlessly executed this project, bringing you a beautiful version of “The 8th Note.” The song, which was released in 2008, was composed by legendary composer Yossi Green and is the title track of one of his most popular albums.

Levi is currently working on his exciting debut album. The album —containing a wide array of original songs— will be produced by the renowned Naftali Schnitzler.