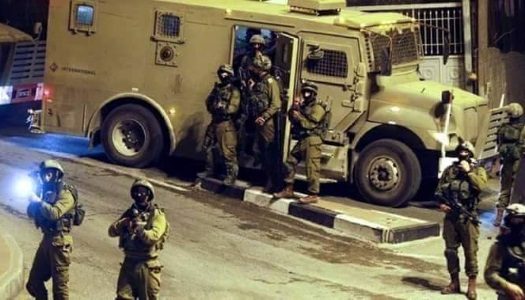 The terrorist who fired at Otniel resident Rabbi Miki Mark HY”D few weeks ago, Mohammed Pakia, was killed by IDF soldiers as they were trying to take him into custody.

He hid in his home and engaged soldiers in a firefight, resulting in his death. Other terrorists were taken into custody. There were no injuries to IDF forces. A tractor arrived a short time later to raze the home in the village of Tzurif in the Hebron district.

Rabbi Mark and members of his family were traveling near Otniel on an erev Shabbos July 1, 2016 when they were fired upon in a drive-by shooting.  Rabbi Mark was killed and his wife critically injured along with other members of the family.