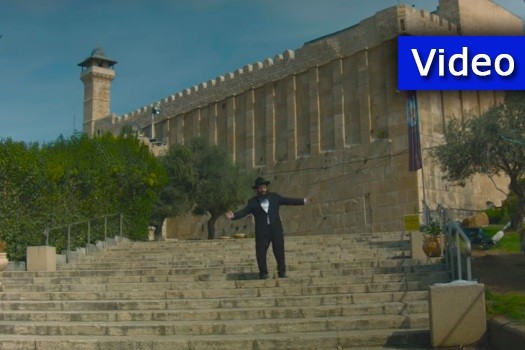 Rabbi Shmuel Kopel, originally from Crown Heights, recently moved to Tzfas, Israel, to perform Shlichus there. In honor of the upcoming “Shabbat Chevron” weekend, which coincides every year with Parshas Chayei Sarah – in which Avraham purchased the Me’aras Hamachpelah – he composed, recorded and filmed this music video about the holy city of our forefathers.

In recent weeks, Chevron has been a flashpoint in the latest Palestinian wave of terror. On top of that, UNESCO is trying to dispute the Jewish claim over the Me’aras Hamachpelah. This song makes the indisputable claim that Chevron was, is and always will be a possession of the Jewish people.

“While I was filming the music video in Chevron, I woke up in the morning and went to the Mikvah. When I returned, on the very street I had just walked on, a terrorist tried to stab and innocent Jewish civilian. Thank G-d the civilian was armed and the only one harmed was the terrorist. I was not armed. Had I left to the Mikvah a few minutes later, we may not have filmed this video.”

During his stay in Chevron, Shmuel spoke with many soldiers. Some soldiers did not even know why Chevron is significant. It is Shmuel’s sincere hope that the publication of this video will bring much needed awareness to the Jewish struggle for Chevron.